Logan’s mom,  Marlyse Williams disclosed this during an interview with the New York Post, where she explained that the young actor endured a three-year battle with drug addiction.

“His death is not going to be in vain,” Marlyse said of her son, who would have turned 17 just days after his passing. “He’s going to help a lot of people down the road.”

Marlyse recalled discovering Williams using marijuana when he was 13, the same time the actor was schooling and acting on the Hallmark series When Calls the Heart, the ABC sci-fi series The Whispers and the longtime CW series Supernatural. 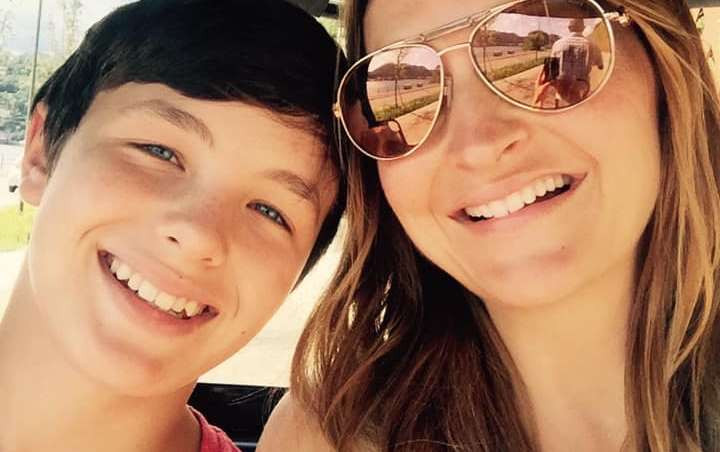 She then revealed that Williams’ drug use escalated to other drugs and she had to remortgaged their home to help Logan enter two expensive rehabilitation centers. But before his death, he was living in a group home.

The family had kept his addiction “under wraps” as Logan wanted to continue a career in entertainment.

Four days after Logan told his mom he was going to get clean at a family dinner, he passed away.

“I just know the last thing we said to each other was, ‘I love you,'” she revealed.

Marlyse said her heart broke after hearing singer Melissa Etheridge on Wednesday announced the death of her 21-year-old son, Beckett, who died from an opioid overdose. “My heart breaks for her because I know the initial devastation of knowing your beautiful boy is gone.

Unfortunately, I can relate. We are in this horrible club. A club you don’t want to be a member of.”

For speaking out about her son’s battle, Marlyse Williams added that she hopes it can help in creating “a legacy out of this tragedy” and “create awareness or help one or five or 100 people to somehow heal and get help.”

“Every night I put a candle by the window. I just want Logan to know that he’s always welcome to come back home,” she said. “When he was alive I’d always leave the light on [for] if he’d come home. I leave the light on so he knows I’m here for him.”

Trump says he is taking hydroxychloroquine, despite FDA warnings