Rape would reduce if society embraces pornography and stop frowning at it – Nollywood Actress,Amara Maduka

Chris Brown Gets Possessive Over His Baby Mama

In 2005, Angelina Jolie adopted Zahara from Ethiopia; the infant was six months old and suffering from malnutrition at the time.

Most entertainers are broke, COVID-19 has shown who saved for the rainy day - Illbliss 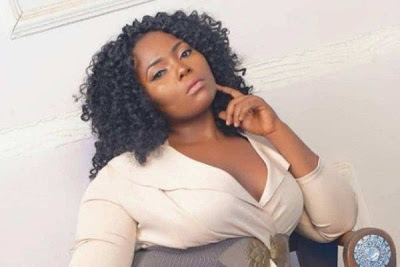 Nollywood actress Amara Maduka, has asked Nigerian men to embrace p.o.r.n instead of r.a.p.i.n.g women. She also encouraged the society to stop frowning at p.o/r/n assuring it will help men stop r.a.p.e.

She made this known in an interview with the NewTelegraph saying;

”In my opinion adult contents has nothing to do with r.a.p.e. As a matter of fact, r.a.p.e would reduce if the society embraced adult contents instead of frown at it. It’s basic knowledge that mankind will always long for the forbidden fruit.

Because it’s a big deal, people are going to always crave it. But if it’s embraced and the men know that a woman’s body is just a body.

Everyone has one and it’s not a big deal to see a woman’s body because their sisters have one and their mothers have one, then they would see every woman as human and not an object.