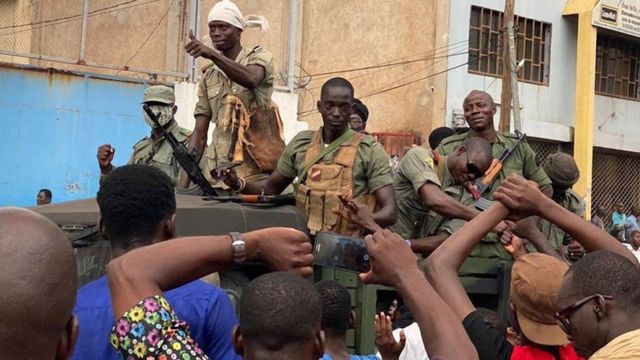 The bloc of 15 West African countries condemned the mutiny within the Mali’s armed forces that led to seizure of power and ouster of President Ibrahim Boubacar Kéita.

Mr Keita announced his resignation in a televised address, adding that he had dissolved his government.

However, in a statement issued by the Ecowas Commission in Abuja, the body says the coup is likely to have a negative impact on peace and stability in Mali as well as the region.

Ecowas said it had been mediating for more than two months in order to find a solution to the political crisis in Mali.

It said it “strongly condemns the overthrow by Malian soldiers of the democratically elected government of President Ibrahim Boubacar Kéita” and categorically denies any form of legitimacy to the coup plotters.

It also demanded the immediate restoration of constitutional order.

Ecowas reminded the military of its responsibility for the safety and security of Mr Kéita and other arrested officials, while also demanding the immediate release of the ousted president and all arrested officials.

Ecowas has also suspended Mali from all decision-making bodies of the bloc with immediate effect, in accordance with the Additional Protocol on Democracy and Good Governance until the effective restoration of constitutional order.

A major decision announced by Ecowas is the closure of all land and air borders as well as stopping all economic, commercial and financial flows and transactions between member countries and Mali.

Mr Keita, while announcing his resignation on national television early Wednesday, said he did not want any bloodshed and was left with no choice after a section of the armed forces decided to intervene in the country’s political crisis.

He and Prime Minister Boubou Cisse were arrested and detained at the Kati military base on Tuesday as Mali’s lingering political crisis escalated.

The military take-over has also been condemned by the international community, including the United Nations, African Union, European Union and France.

The mutiny led by Col. Malick Diaw, deputy head of the Kati camp, and another commander, Gen Sadio Camara, took over the camp about 15km from Bamako and marched to the capital on Tuesday.