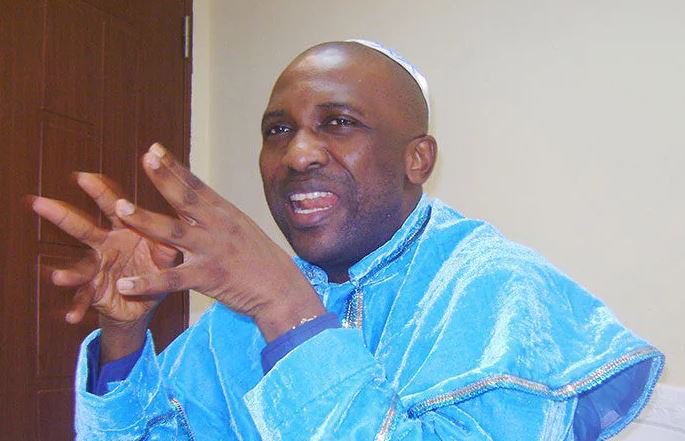 The leader of INRI evangelical spiritual church, Primate Elijah Ayodele has reacted to the political situation in Bayelsa state.

The Bayelsa State Governorship Election Tribunal sitting in Abuja had annulled the election of Duoye Diri, governor of Bayelsa State.

The election was nullified based on a petition by the Advanced Nigeria Democratic Party, which argued that it was unlawfully excluded from participating in the election.

As a result of this, a fresh election was ordered to be conducted in 90 days.

Following this development, some opposition parties, especially the All Progressive Congress (APC) have been jubilating.

Meanwhile, Primate Ayodele said that there is no need for the APC and its ousted candidate, David Lyon to jubilate because at the end of it all, Governor Duoye Diri will become victorious.

According to Dailypost he advised Governor Duoye Diri to remain focused and do the needful.

‘’David Lyon and The All Progressive Congress in Bayelsa state should not jubilate, Governor Duoye Diri will become victorious amidst all crisis.

“All he needs to do is stay focused and do the needful, He will surpass everything He Is facing currently,” he said.

Primate Ayodele Reveals Who Will Finally Emerge As Governor In Bayelsa