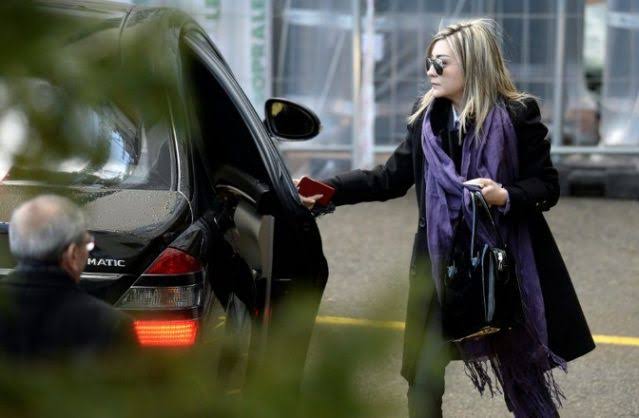 The United States announced fresh sanctions on Thursday against several senior political, military and financial figures in the Syrian regime as part of the Caesar Act, which punishes any company that works with President Bashar al-Assad.

The sanctions target first and foremost Yasser Ibrahim, described as the Syrian leader’s “henchman” in a statement issued by Secretary of State Mike Pompeo.

Pompeo said Ibrahim was being targeted “for his efforts to prevent or obstruct a political solution to the Syrian conflict” that began in 2011.

“Using his networks across the Middle East and beyond, Ibrahim has cut corrupt deals that enrich Assad, while Syrians are dying from a lack of food and medicine,” the US chief diplomat said.

The sanctions freeze any assets the targeted individuals may have in the United States, block them from accessing the US financial system, and bar them from entering US territory. Assad has been under US sanctions since he began to crush an uprising in 2011.

The sanctions also target Luna al-Shibl, the Syrian leader’s media advisor, and Mohamad Amar Saati, a senior official of the ruling Baath Party who allegedly “led an organization that facilitated the entry of university students into Assad-backed militias.”

Several heads of military units were also added to the long list of Syrians under US sanctions “for their efforts to prevent a ceasefire in Syria.”

“These senior officials lead the same Syrian military that has killed children with barrel bombs and used chemicals weapons against communities like Ghouta” seven years ago, said Pompeo, noting that the attack killed “more than 1,400 Syrians.”

“Today’s sanctions reinforce our commitment to hold Assad’s generals and militia commanders accountable for their violations and abuses,” he said.

It marked the third wave of sanctions since the Caesar Act came into force in mid-June in an attempt to prevent Assad’s normalization without accountability for human rights abuses.

The act is named after a Syrian former military photographer who fled the country at great personal risk with 55,000 images of brutality in Assad’s jails.

His incognito testimony before the US Congress in 2014 was the basis for the legislation that now bears his name and which took five years to pass.