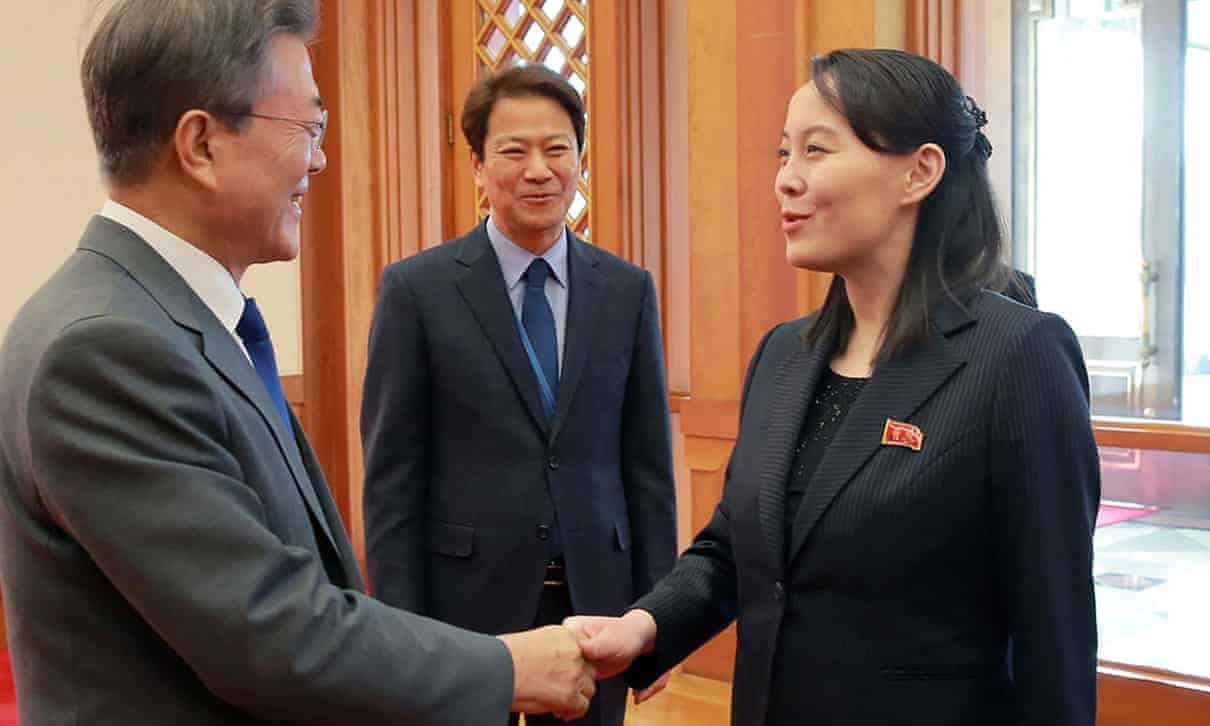 The influential younger sister of the North Korean ruler, Kim Jong-un, has become his de facto second-in-command with responsibility for relations with South Korea and the US, according to Seoul’s spy agency.

In what is beginning to resemble a sibling dictatorship, Kim Yo-jong is helping to run the regime with the blessing of her brother, according to Ha Tae-keung, a South Korean MP who sits on the national assembly’s intelligence committee.

Ha said Kim Jong-un had ceded a degree of authority to his younger sister, who has risen through the ruling party ranks since accompanying her brother to his 2019 nuclear summit with Donald Trump in Vietnam.

“The bottom line is that Kim Jong-un still holds absolute power but has turned over a bit more of his authority compared to the past,” Ha said after a closed-door briefing by South Korea’s national intelligence service. “Kim Yo-jong is the de facto second-in-command.”

Ha said the North Korean ruler, who has presided over nuclear and ballistic missile tests since succeeding his father in late 2011, had also delegated some decision-making powers over economic and military policy to other senior officials.

He speculated that the move may be intended to reduce the strain on Kim – who was recently the subject of rumours about his health – and enable him to avoid blame for any failures.

He added, however, that while Kim Yo-jong, who is thought to be in her early 30s, appeared to be directing policy towards toward Washington and Seoul, there were no signs that she was being groomed for the leadership or that her brother was in poor health.

The South Korean report came soon after Kim Jong-un called a rare congress of the ruling Workers’ party in January to devise a new five-year plan for the economy and address policy “shortcomings”.

Speaking at a meeting of the party’s central committee on Wednesday, Kim conceded there had been “unexpected and inevitable challenges in various aspects and the situation in the region surrounding the Korean peninsula” – thought to be a reference to sanctions, the coronavirus pandemic and torrential rain that has hit in recent weeks.

In unusually frank terms the party concluded that “the goals for improving the national economy had been seriously delayed” and living standards had not been “remarkably” improved, the state-run news agency KCNA said.

In addition nuclear talks between Pyongyang and Washington have stalled since Kim’s meeting with Trump in Hanoi of March 2019 ended without agreement.

It is impossible to verify claims made by South Korea’s spy agency, which has a mixed record on interpreting developments in North Korea’s ruling elite.

NK News noted Kim Yo-jong’s absence from several recent high-level meetings, such as a plenary meeting of the ruling party on Wednesday, fuelling speculation that she may have been demoted.

There is, however, evidence of her upward trajectory inside the dynastic regime. In March she made her first public statement, condemning the South as a “frightened dog barking” after Seoul protested against a live-fire military exercise by North Korea.