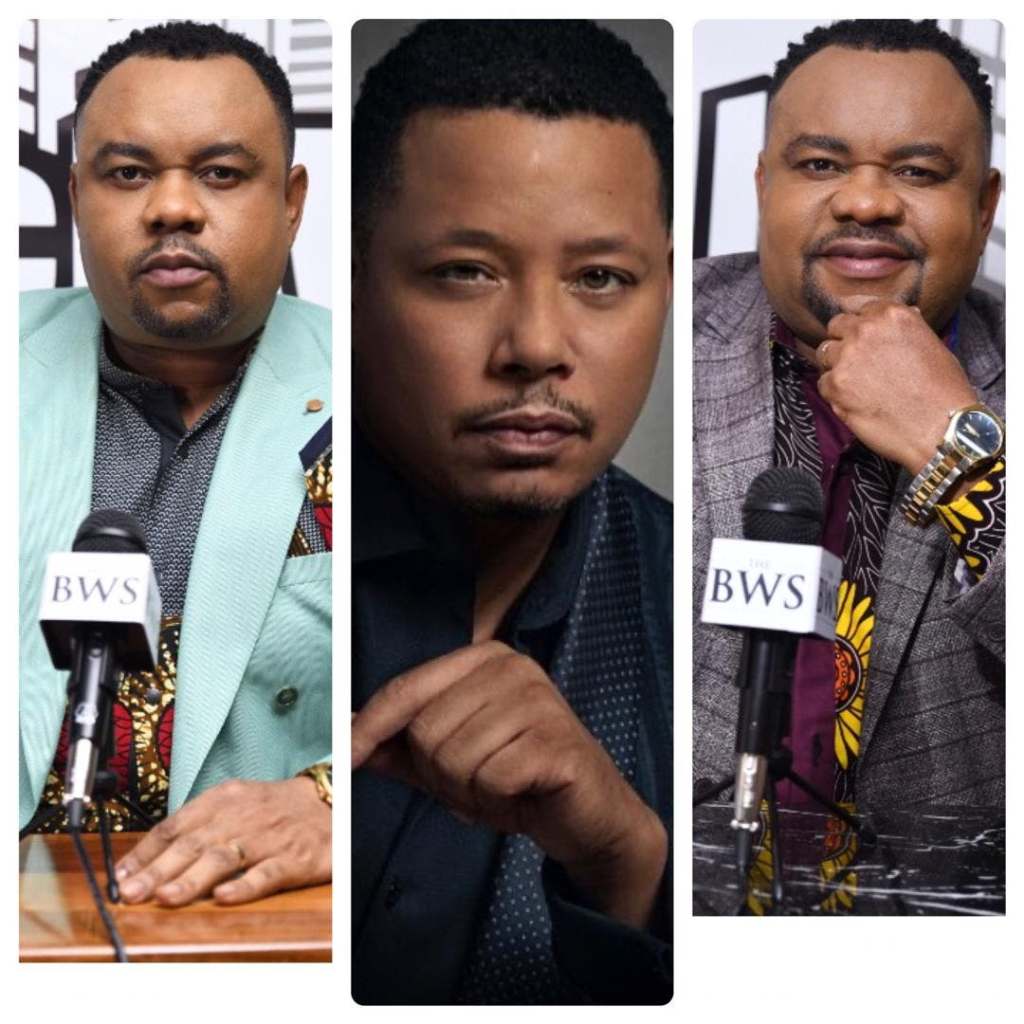 The striking resemblance between Hollywood star actor Dwight Walker and Africa’s finest Economic Activist, Charles Lambert did not only display in facial look but also in the character “Lucious Lyon” that Walker played in the TV series “Empire”.

These resemblances found in the character of Lucious and Lambert bothers on wise and strategic business decision making, passion, leadership and Many more.

You would recall that one of the hottest and most talked-about TV series hit our screens in 2015. After watching earlier episodes from the first season, I became a fan. Empire has become one of the most successful black American series centred on Music but with lots of business lessons.

Now from season one to the current season three, there are a number of business lessons any entrepreneur can pick from this series. Empire doesn’t just entertain you but inspires and educates you economically.

One strength Lucious Lyon (in the movie) has going for him is his belief in himself. He has that ‘never backing out mentality’ that makes him believe he can achieve anything and anything is possible. That believe comes to play when he is making deals and decisions. Now, this relates to the characteristics of Africa’s finest economic activist, Charles N Lambert who has a strong belief that he can achieve anything without fears.

As an entrepreneur, believing in yourself, your idea and business is one very important factor if you want to succeed. Many times as an entrepreneur you will find yourself believing what many consider impossible, but if you don’t have that self-belief, you will dwell in poverty.

Another interesting and powerful thing about Lucious Lyon in Empire is that he is never caught without having plans; he is never at a point when he lacks ideas on what to do, he is always at the top of his game although some of his measures could be extreme. So long as it involves Lucious, his business, Empire and family, he always has a plan B.

If you have been following the show “Economic War with Charles Lambert”, you will understand that Lambert has been emphasizing on this too. African youths must have alternatives, must not rely on the government, aids, must not depend on employment, but rather should be strategic, have different investments while still doing other salary earning jobs.

Something interesting happened in season two of Empire when Cookie and Hakeem started Lyon Dynasty. Lucious saw them as competitors, so he set out a plan to outwit them. He bought over the major radio stations around and signed Lyon Dynasty’s lead singer into Empire. That move caused a major setback for Cookie and Lyon Dynasty.

Isn’t this what Lambert has been preaching to Africans too? We must outwit our competitors, the economic invaders who think we cannot do without them. We must set our own goals which Lambert has started already under the Black Wall Street platforms.

Competition is normal in business, and to remain relevant you must be able to outwit or outperform the competition. Sometimes you might have to acquire the competitor. Case in mind is Facebook which acquired WhatsApp and Instagram. Why? Facebook was working hard to develop Facebook Messenger, while WhatsApp had already become the most used mobile chat service with over 600 million users at that time.

Lambert has set the Redirect Mall platform already which is set to compete with other e-commerce competitors like Amazon by selling African products to within the continent and to the entire world.

Another thing is leadership, Lyon was firm and determined as a leader. The day you set out to become an entrepreneur or start a business is the day you become a leader and manager. A manager of people and resources. And to do this efficiently you must be firm in taking decisions. Lucious is always firm in taking decisions that affect his business, family and Empire, although some of his decisions are harsh and manipulative. But the positive side is that he doesn’t play with his business. You already know that Lambert is 1000% firm in taking decisions that affect Africa following his passion to liberate us from the hands of economic invaders and poverty-stricken mentality.

Finally, What does Dangote Group, Google, Apple, Microsoft, Samsung, Globacom, MTN, etc. have in common aside being successful brands? They all have multiple streams of revenue. For Dangote Group, it generates revenue from many products including sugar, cement, flour, Noodles, etc. and it is even adding petroleum, fertilizer and petrochemicals.

Google (Alphabet) generates 90% of its revenue from advertising, and the remaining 10% from sales of Apps and media content in the Google Play store; licensing revenue; Fees for Apps and cloud services; and Google-branded hardware such as Nexus and Chromecast.

For the movie Empire, the company’s revenue streams are from the sale of Artistes’ records, artistes’ concerts/tours, fashion, and music streaming.

The Black Wall Street led by Lambert has different things Africans can engage in to earn monthly such as buying the UPAP stock which serves as a lifetime investment or becoming a payment and fulfilment facilitators for the platform.

Regardless of the similarities between Lucious and Lambert, the Major difference between both champs is that while Lucious worked for personal reasons, self-centred business, Lambert is GDP focused, fighting and working for the whole of Africa. If you check on the Black Wall Street platforms, anyone who involves into any of the programmes does not just earn but also educated.

And don’t forget that Lucious’s story is fictional while Lambert is the real deal.