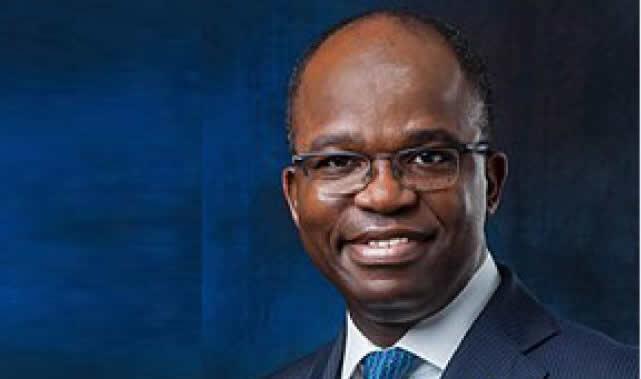 The bye-election, which the Independent National Electoral Commission (INEC), has slated October 31st, came about because of the death, in June, of the former occupant of the seat, Senator Bayo Osinowo. Osinowo died at 64 due to complications from the COVID-19 pandemic.

Since his death, there had been permutations and speculations about possible candidates, and some of the names hitherto thrown up include former Governor of Lagos State, Akinwunmi Ambode; and late Chief Lanre Rasaq among others.

However, the party seems to have unanimously settled for Abiru.

In fact, his posters are strewn all over the senatorial district while the campaign for him is gathering momentum.

Regarded as one of the more innovative and resilient bankers in Nigeria, Abiru has been appraised as an exceptional turnaround manager whose emergence as Managing Director of Skye Bank then marked a significant turnaround for the bank.

Coming at a time the bank was bleeding under the heavyweight of colossal non-performing loans and mismanagement, the appointment of the fiercely brilliant Abiru could not have come at a more auspicious time.

An Economics graduate of the Lagos State University, Ojo, Abiru who was born March 1964, started his banking career at Guaranty Trust Bank (GTB), where he worked for 10 years.

He then spent 14 years working at First Bank of Nigeria Limited.