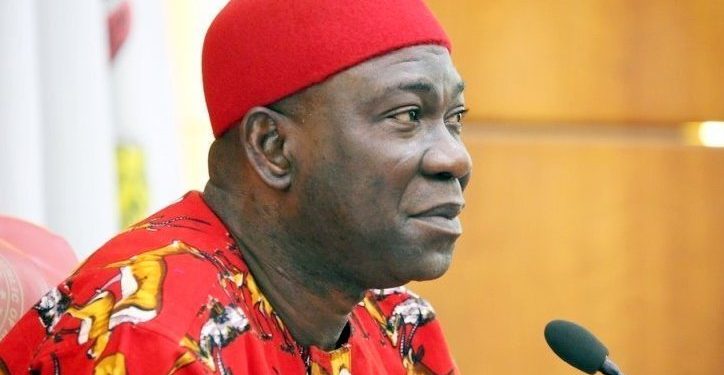 Ekweremadu, according to a statement by his spokesman, Uche Anichukwu, said this in a paper titled: “Executive Order and Democratic Governance” which he delivered at the ongoing 60th Conference of the Nigerian Bar Association (NBA), in Abuja on Wednesday.

He said: “Democracy envisages the division of governmental powers into three different arms, each with distinct powers and responsibilities clearly provided for in a country’s grundnorm.

“The philosophy behind this compartmentalisation of powers is the need to preserve the liberty of citizens and prevent abuse and tyranny by one arm of government over the other.

“Section 4 of the 1999 Constitution provides that the legislative powers of the Federal Republic of Nigeria shall be vested in the National Assembly.

“The National Assembly is empowered to exclusively legislate for the peace, order, and good government of the federation or any part of it with respect to any matter on the exclusive legislative list in the second schedule to the constitution.

“The only section in the Constitution that confers the executive with some form of quasi-lawmaking powers is section 315 of the Constitution, which provides that the President or the Governor, as the case may be, may modify the text of an existing legislation, as he considers necessary or expedient, to bring such law into conformity with the provisions of the constitution.

“It must, however, be understood that Section 315 is not a blanket provision enabling a vicious incursion into the legislative domain of lawmaking.

“It is first, a transitional provision inserted into the Constitution upon the return to democratic rule in 1999 to enable the government to fill in legislative gaps typically expected of a country transitioning from a military system to democracy.

“Even more, the authority to modify legislations must be limited to existing laws and not to enact or make new laws.

“A proper understanding of the context of Section 315 and the reason why it was inserted in the first place will reveal that the provision has duly outlived its usefulness and ought not to remain a part of our body of laws.”