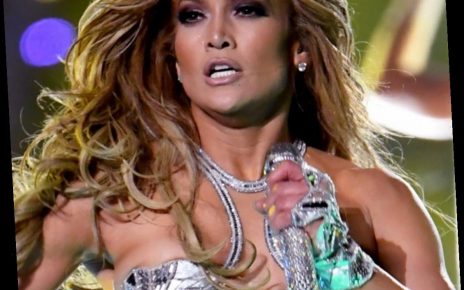 While Jennifer Lopez was preparing to give all she had at the 2020 Super Bowl, Alex Rodriguez was not going to get in her way.

Nearly seven months since the triple threat and fellow world-famous artist Shakira brought the stadium down in Miami with their Emmy-nominated halftime show, the couple has shared more behind-the-scenes details from everything that led up to that iconic performance.

In an interview on Barstool Sports’ The Corp podcast, co-hosted by Rodriguez, Lopez reminisced about the high-stress preparation for the career milestone, including the morning of the game when her fiancé would not talk to her.

“We we went to the gym that morning and I was driving her and she was talking to me. I was ignoring her,” Rodriguez recalled. “I was like, ‘I’m not getting in the way of anything. It’s your day and focus. We’ll talk Monday,’ and she was like, ‘You can still talk to me.'”

But, as Lopez acknowledged, the preparation for this performance was particularly intense.

“Leading up to it was probably the most nerve-wracking—and Alex can attest to this—high stress moments of my whole career. I could never have imagined it would be that stressful,” she said. “I think it’s because everybody understands the weight of it and the fact that it is 100 percent live and a thousand different things could go wrong, and so people feel that and everybody you work with feels that and everybody’s on edge and everybody’s like at each other’s throats and things like that. So, it was pretty intense, but I love the people I work with and we literally got so much closer from doing that show than maybe anything in the past 10 years.”

However, as evidenced by a video of her waiting to take the stage, Lopez was completely in the zone when the time finally arrived.

“Leading up to it, I think I was more nervous than on the day,” she said. “You know, for me, preparation meets the moment and I was so prepared that in the moment I was just like ready to go. I was like a thoroughbred in the gates. It was just like, please let me out of the gates. Please let me go. But, I stood there and I also get very calm.”

Chadwick Boseman, star of Black Panther, is dead at 43