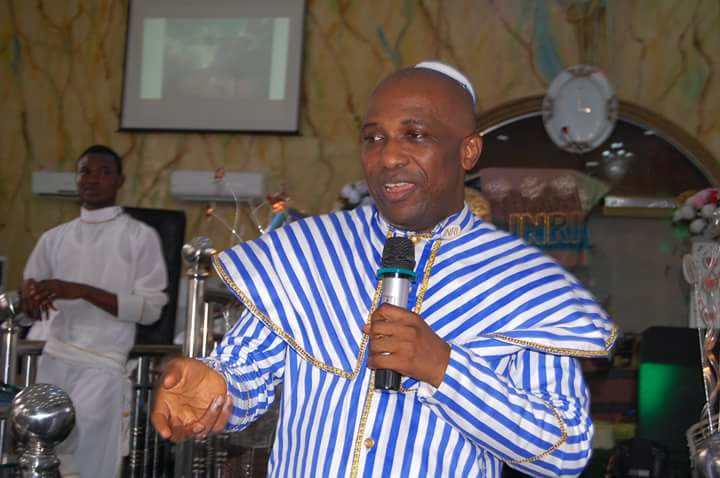 Ondo Decides 2020, Primate Elijah Ayodele, the leader of INRI Evangelical spiritual church, has warned Ize-Iyamu the candidate of the All Progressives Congress, APC, in the last Edo governorship election, not to drag the winner Governor Godwin Obaseki to court, because they will lose the case.”

IexclusiveNews reports that on Wednesday, Ayodele revealed that God also told him that victory in the forthcoming governorship election in Ondo State will be between the incumbent Governor, Rotimi Akeredolu and Ajayi Agboola of the Zenith Labour Party.

The election has three major contenders. They include Akeredolu of the APC, the Peoples Democratic Party’s Eyitayo Jegede and Ajayi of the Zenith Labour Party.

Speaking on the candidature of Jegede, Ayodele advised that the PDP candidate should not waste his money because he does not stand a good chance in the election.

‘’Agboola Ajayi will push more than Eyitayo Jegede in the coming election, Jedege has not taken the right steps. If Agboola Ajayi does the needful, he stands a chance against Rotimi Akeredolu in the election.

“The election victory is between Akeredolu and Ajayi.

“Ajayi is yet to see where he is lacking and Akeredolu will use technicality and manipulation to win the other candidates if they are not careful.

“As I have said earlier, Akeredolu will not get the people’s mandate and he will not win except he uses manipulation, money, power of incumbency, security and technicality.

“The other candidates don’t have these, and they are not working against them yet, they are still making noise. If Agboola Ajayi can work seriously against these things, he still stands a chance.’’

US Decides 2020: live Updates of Trump and Biden Debate