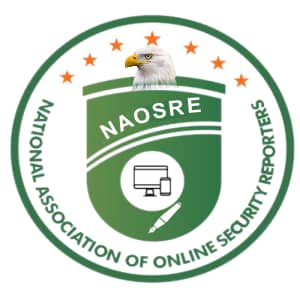 The National Association of Security Reporters (NAOSRE) has commended the Lagos State Commissioner for Police, CP Hakeem Odumosu for coming to the people’s aid by rolling out complaint phone numbers in order to allow people lodge complaints against police harassment, brutality and extortion.

In a statement in Lagos, signed by its Acting President Favour Benson, the group said the step was a vindication of the Lagos CP as a purposeful leader that believes more in action than getting involved in rhetoric.

“We commend CP Hakeem Odumosu for charging and checkmating units in the command, including provost, X-Squad, CP Monitoring Team and Public Complaint Bureau (PCB), to wake up to their duties and responsibilities as officers,” it added.

NAOSRE called on other media agencies and platforms to put more effort in publicising the phone numbers, help the Nigeria Police Force, especially the citizens considering the efforts of the Lagos State Command of the NPF.

According to the Command’s Public Relations Officer, SP Olumuyiwa Adejobi,, the numbers to contact at the command (Public Complaint Bureau) against police unethical behaviors are: 09057597931 (WhatsApp), 09010512350 (OC PCB), 09010512348 and 09090003792, adding that Odumosu has restated his zero tolerance for unethical and inhuman conducts by police officers.

In the same vein, Two operatives of the FSARS and their civilian accomplice operating in Lagos State, Inspector Sale James, Inspector Monday Uchiola and Okechukwu Ogbonna, have been arrested by the Lagos State Police Command, for acts of professional misconduct including extortion and intimidation of innocent citizens.

Favour Benson onbehalf of NAOSRE passed a vote of confidence on the Lagos State Command for impounding and disciplinary procedure against the defaulters, according to police source