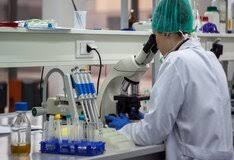 Scientists Research Whether Immune Response Wards Off Or Worsens Covid-19

Research into antibodies could explain children’s protection against disease, or why virus causes life-threatening effects

British scientists have launched a major study aimed at uncovering the critical role that human antibodies and other immune defences play in the severity of Covid-19 cases.

Results could support some scientists’ belief that antibodies triggered by common colds could be protecting children against the disease.

Alternatively, the study could confirm other researchers’ fears that some immune responses to the virus may trigger deadly inflammatory reactions that could bedevil attempts to create anti-Covid vaccines.

“It could reveal that cross-reacting antibodies explain why children are less likely to suffer from severe Covid-19, or it might show patients’ own immune responses cause life-threatening effects.”

The study is being carried out by Levin’s group, a team led by Professor George Kassiotis at London’s Francis Crick Institute, and scientists led by Dan Davis, University College London. They will use thousands of samples which have been collected as part of existing studies funded by the EU and Wellcome.

Much of the groups’ work will focus on antibodies, key immune defence proteins that bind on to viruses to block their activity.

When Covid-19 first appeared, scientists began searching for antibodies against the virus in patients and healthy individuals and to their surprise found them not just in samples taken from recently infected people but in specimens that had been collected before the pandemic began.

“We discovered a small group – about 6% of the UK population – already had antibodies that could recognise the new virus, although they’ve never been exposed to it,” said Kassiotis. “We realised there must be cross reactivity occurring between common cold coronaviruses and the new pandemic strain. Both are coronaviruses, after all.”

Coronaviruses cause about a fifth of UK common colds and antibodies triggered by them latch on to the Covid-19 virus.

Coronaviruses cause about a fifth of UK common colds and antibodies triggered by them latch on to the Covid-19 virus. But could they actually be blocking Covid activity? “Our laboratory experiments suggest this may be the case,” Kassiotis said. “These antibodies may actually protect against Covid-19.”

Adults get common colds caused by coronaviruses once every two or three years. In contrast children get them five or six times a year because they constantly reinfect each other at school, said Kassiotis. As a result about 60% of them have coronavirus antibodies, 10 times the adult level.

“Children do not generally get severe Covid-19 and I believe that protection is provided by cross-reacting antibodies triggered by repeating coronavirus colds,” said Kassiotis.

Crucially, it appears coronavirus antibody levels drop steeply when children leave school and that raises a worry: UK children may have lost immunity during the lockdown. “The next coronavirus to spread among them could be the pandemic strain, not the seasonal cold variety,” said Kassiotis. “That does not seem to be happening but it is a concern.”

The new Crick-Imperial-UCL study will analyse samples from thousands of people to see if they possess antibodies against Covid and also determine if they display any other immune reactions that might have been triggered by coronaviruses, including responses in T-cells. It will also study how individuals fare as the pandemic progresses to see how well antibodies protect them.

Kassiotis said many different types of antibodies are generated by the body’s immune system when the disease strikes. Some are specific to Covid-19. Others lock on to sections shared by all coronaviruses – and by focusing on those sections, it might be possible to design a vaccine to protect against all coronaviruses. “We would then be better prepared for the next pandemic.”

But there are other aspects of the body’s immune response to Covid-19 that could have a very different impact. “After the pandemic began we started seeing severely ill, infected children with intense inflammation and multi-organ failure,” said Levin.

Read More: Five Brits Jailed For Failing To Self-isolate In The Isle of Man- Photos

“We were puzzled because their illness was occurring not at the height of their infection but several weeks afterwards – when the virus had gone but antibodies were high. We feared those antibodies might actually be causing the damage.”

The culprit could be a phenomenon called antibody dependent enhancement of disease, Levin added. “The Dengue fever virus provides a good example. There are three strains of it. If you get infected with one strain that might not make you terribly ill.

“But if you later get infected with a second, different strain, you could be in trouble. The antibodies your immune system first made can actually make the disease worse when you encounter a slightly different strain of the virus.”

This drawback has plagued attempts to develop a vaccine for dengue fever. Triggering antibody production – as vaccines attempt to do – can enhance the disease’s impact, unless those antibodies are effective against all three dengue strains.

Levin said he was concerned that the newly recognised childhood inflammatory disease associated with Covid-19 could be due to antibodies that later cause inflammation and damage to organs. If so, coronavirus antibodies induced by a vaccine might cause a similar problem.

“We need to understand whether antibodies which children develop against the common cold coronaviruses and Covid-19 protect against severe disease, or alternatively whether some children and adults make antibodies that might make the disease worse.

Hopefully, our study will give us answers and provide the essential information we need to develop safe vaccines.”