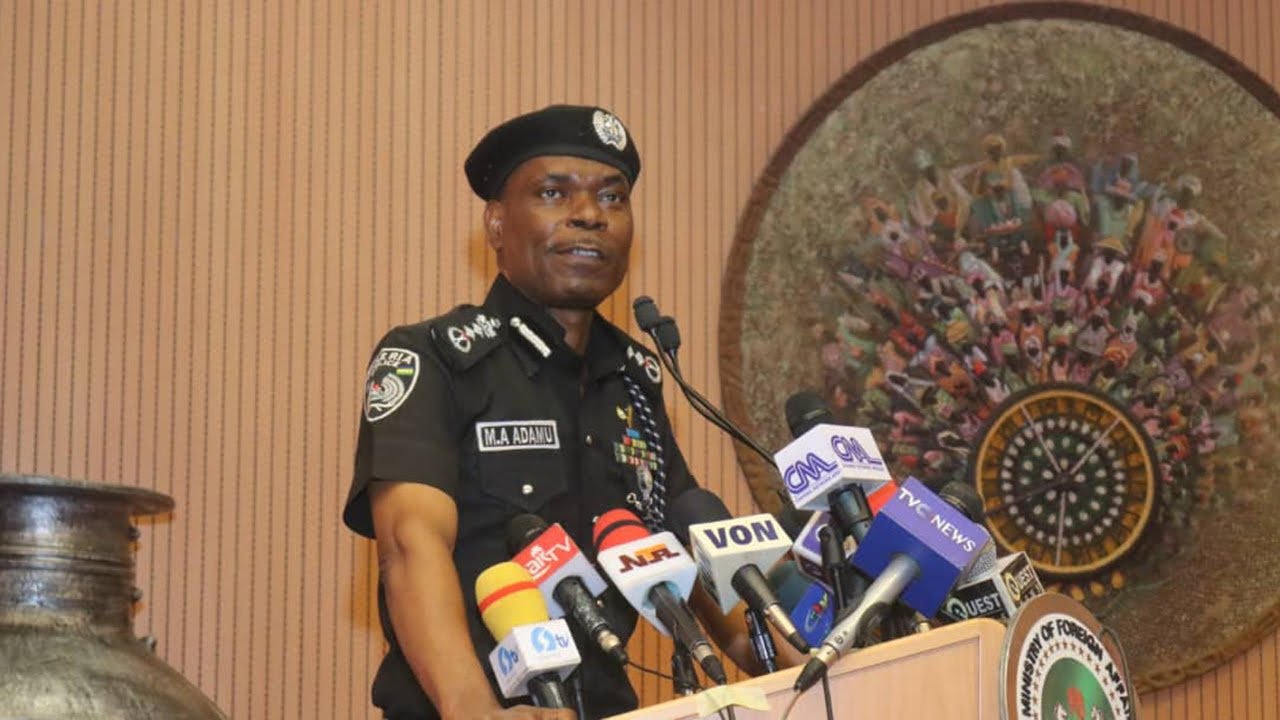 Ondo Decides 2020 governorship election, the Inspector-General of Police  Mohammed Adamu, has said that a total of 33,783 police personnel would be on duty during the Saturday polls in Ondo state.

IexclusiveNews report that IG. Adamu said this in Akure, the Ondo state capital during stakeholders meeting with political parties ahead of the governorship election.

The police chief said ” ln order to mitigate the identified threats, we shall be deploying, aside from our intelligence assets, a total of 33,783 police personnel on election security duty in Ondo State.

“This will comprise of 30,933 conventional police personnel and 2,850 Special Police Units.

IexclusiveNews gathered that the Police deployment will be complemented by an additional 3,500 manpower that will be drawn from other Security Agencies.

” The Military will be engaged for the purpose of securing the Inter-State borders while the Nigeria Police Airwing will provide aerial surveillance.

“These personnel shall be deployed to adequately secure the 3,009 Polling Units (PUs) in 203 Wards spread over the 18 Local Government Areas of the State.

“They are to protect the personnel and assets of the Independent National Electoral Commission (INEC), the electorates, and residents of Ondo State in general before, during and after the elections.

” The rationale for these deployments is purposeful and strategic. We are drawing from the experiences garnered in the recently concluded Edo election and proactively responding to the outcome of the intelligence analysis arising from our election threat assessment of Ondo Decides 2020 state governorship election.

He said the idea “is to deny misguided political actors that might be bent on threatening the elections through acts that are inimical to the dictates of the Electoral Act, the pleasure of manifesting their ignoble traits.

The police chief said by the deployment, “we are sending a strong warning that the Nigeria Police and other security agencies are resolute to bring recalcitrant characters threatening the process to justice no matter their status in the society or political affiliation.

We are sending strong warning that the Nigeria Police and other security agencies are resolute to bring recalcitrant characters threatening the process to justice no matter their status in the society or political affiliation.

” There have been pockets of Violent attacks by political opponents against each other in some areas in the state, particularly in Akoko and Ipele axis.

“As condemnable as these incidents are because electioneering campaigns are avenues for the candidates to market their manifestos to the electorates and not arenas of conflicts, it would appear that those bent on causing political crises in the State are clearly testing our collective will to decisively deal with such threats.

“It is on that note that I hereby warn violence mongers to immediately desist from’ their uncharitable deviant activities or be prepared to face the consequences.

“However, political actors and law-abiding electorates that are desirous of a peaceful election in Ondo State can rest assured of optimal security as they exercise their electoral rights.

” It must be noted that the success of the upcoming election is dependent on the mindset of all of us here seated today.

“In this regard, I call on all the political parties to embrace the virtues of democracy by seeing elections as a call to service of the people and not ‘a-do or die’ affair, even as I implore parents and guardians to counsel their children and wards to resist the unprofitable urge of being recruited by any politician for thuggery and other acts of violence.

The Police Chief reassured the political parties and the people of Ondo State that “the Nigeria Police and other security agencies involved in the conduct of this election have commonly resolved in line with our respective Oaths of Office and Allegiance to the Constitution of the Federal Republic of Nigeria, that this election shall be free, fair, credible, and conducted in a safe and secure environment.

#EndSARS: Naira Marley, others to protest on Tuesday