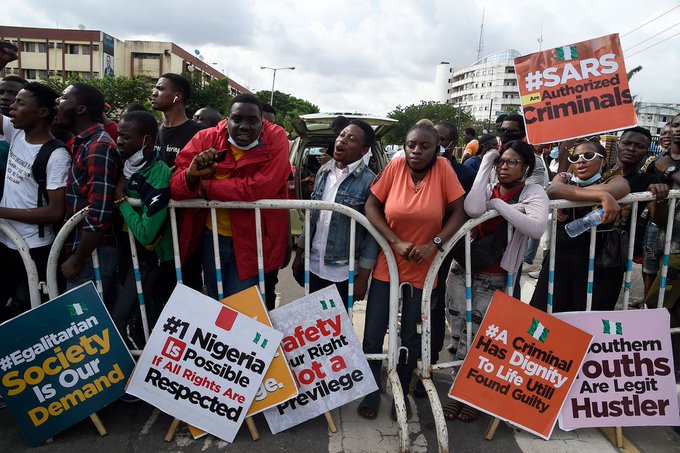 IexclusiveNews reports that 8 people, including a 10 year old boy has been shot dead and two critically wounded since the protest started.

Ogbomoso has been in the news since Saturday afternoon when an #EndSARS campaigner, Jimoh Isiaq, was shot dead by the police, who continue to deny involvement despite evidence.

The police and soldiers deployed the lethal force hours after Inspector-General Muhammed Adamu announced immediate abolition of the brutal police squad, whose decades of deadly and corrupt activities propelled #EndSARS into a worldwide agitation.

It was not immediately clear whether they fatal shots were fired by the police or soldiers, but witnesses said that both security agencies were on ground in Ogbomoso.

#EndSARS surpasses #BlackLivesMatter, with over 30 million tweets in two days