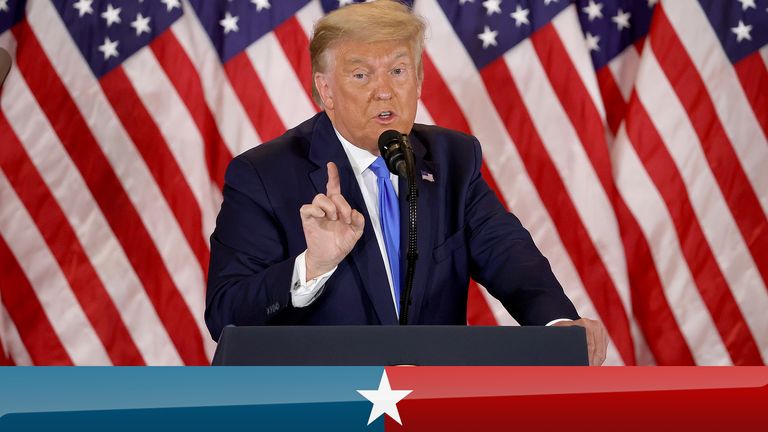 US Election 2020: I won this election Trump Insists

iexclusive News Nigeria reports that President Donald Trump has Insisted that he won the election as Joe Biden Is declared winner of the US Presidential Elections,

The US President via his verified account shared series of tweets on Saturday November 7, in which he made unsubstantiated allegations of illegality in the voting process.

Trump’s allegations of illegality in the voting process were labelled as disputed and potentially misleading by Twitter.

He also insisted he had won the election “by a lot”.

Joe Biden has been elected the 46th president of the United States, achieving a decades-long political ambition and denying Donald Trump a second term after a deeply divisive presidency defined by a once-in-a-century pandemic, economic turmoil and social unrest.

Biden won the presidency by clinching Pennsylvania and its 20 electoral votes, after several days of painstaking vote counting following record turnout across the country.

The win in Pennsylvania, on Saturday with 99% of the votes counted, took Biden’s electoral college vote to 284, surpassing the 270 needed to win the White House.