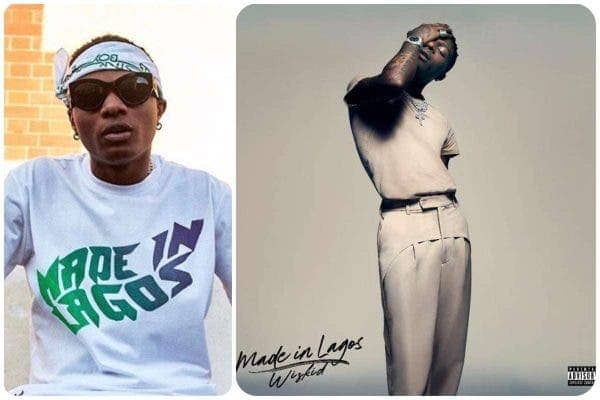 How Wizkid’s Album ‘Made In Lagos’ Hits 100 Million Streams.

iexclusive News Nigeria reports that Wizkid’s newly released album ‘Made In Lagos’ surpassed over 100 million on all digital streaming platforms.

The Starboy announced it on his official fan page and news platform on Instagram in the late hours of Sunday, November 8.

According to the report available on Wizkid’s official fan page, over 100 million streams are accumulated streams from Apple Music, Spotify, YouTube, Audiomack, and Boomplay.

Recall that earlier reports has it that it is the first album by a Nigerian artist to peak at number one on the Apple UK World Albums Chart on the first day of its release.

‘Made In Lagos’ Tracklist

Despite the fact that global superstars, Sam Smith, and Ariana Grande also released their albums on the same day.

Note that ‘Made In Lagos’ is the brainwork of a man who only makes music to feed his fans and satisfy his love for the craft.

He doesn’t seem driven to prove a point or to take unnecessary risks. This is Wizkid operating by his own rules and finding unique ways to excel in it.

Sometimes, it is not perfect, but ‘Made In Lagos’ represents growth, ease, and the perfection of failed experiments from his last two bodies of work, Sounds From The Other Side and the terrible, Soundman Vol. 1.

At 30, he has also evolved and grown accustomed to being family-oriented. In the video for ‘Smile,’ he featured his three sons.

Listen to the songs below:

Bobrisky Never Did Chest Surgery, She Deceived Her Fans (Photos)