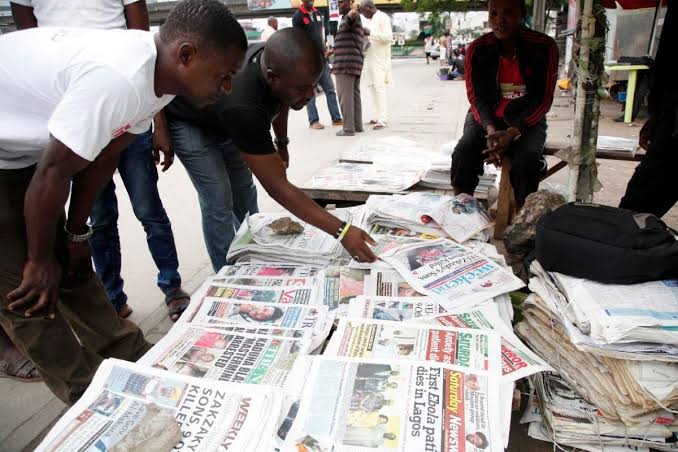 1. Abdulrasheed Maina, a former Chairman of the Pension Reform Task Team (PRTT), has been sentenced to 61 years in prison, which will run concurrently for eight years. Justice Okon Abang of the Federal High Court in Abuja handed the jail term to Maina on Monday.

2. Mr. Valentine Ozigbo, candidate of the Peoples Democratic Party (PDP) in the Anambra governorship election, yesterday, said he can still emerge victorious in the exercise that is expected to end on Tuesday. Addressing newsmen on the eve of the Ihiala LG supplementary poll holding today, Ozigbo said the election battle is not yet over.

3. The Nigerian National Petroleum Company Limited (NNPC) has asked Nigerians not to panic over fuel scarcity as there are over 1.7 billion litres of petrol in stock. In a statement signed by the NNPC spokesman, Garba Deen Muhammad, the national oil company said it was unnecessary to entertain any fear of scarcity of petrol throughout the festive season and beyond.

4. Federal government, Monday, said that youth empowerment has become old-fashioned, submitting that the best way to solve the problem of unemployment was investing in the youths. Minister of Youth and Sports Development, Sunday Dare stated this when he appeared before the House of Representatives Committee on Youth and Sports to defend the 2022 budget estimates of the ministry.

5. Former President, Goodluck Jonathan has called for an immediate cessation of hostilities in Ethiopia, following continued fighting between Ethiopian soldiers and soldiers of the Tigray Defence Forces in the northern part of the country. He urged the warring parties to embrace dialogue and negotiations in the interest of the peace of their country and the entire continent.

6. The Director, Voter Education and Publicity of the Independent National Electoral Commission, Victor Aluko, says some collation officers of the commission are not good at Mathematics. Aluko stated this yesterday while reacting to the conflict between two officials of the Commission in the Orumba North Local Government Area during the Anambra State Governorship Election last weekend.

7. The Nigerian military and intelligence services yesterday, uncovered one of the collaborators of the bandits’ attack on the Nigerian Defence Academy (NDA). The personnel, Sergeant Torsobo Solomon who is a member of the Nigerian Air Force (NAF), was arrested on Monday in Yola, the capital of Adamawa State.