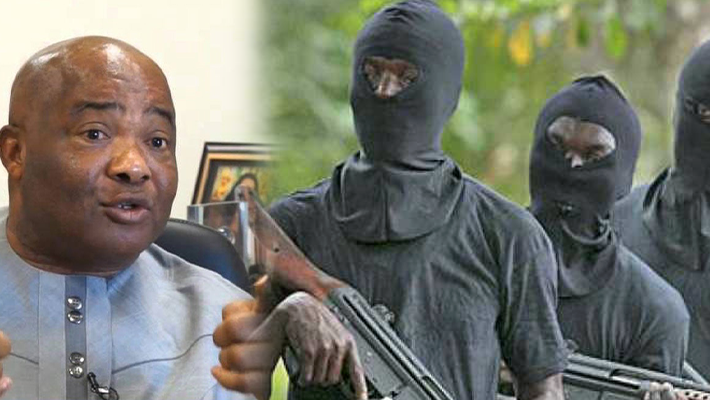 Hundreds of residents in Awo-Mmamma community, Oru East Local Government Area, Imo State, who evacuated their houses after gunmen allegedly killed a military man on Monday afternoon expressed disappointment at having to spend the night in the bush.

iexclusive News Nigeria gathered that according to reports within the Awo-Mmamma village, there was a large flight of individuals, particularly adolescents, leaving the neighborhood on Monday due to dread of the unknown.

He described the heinous situation as follows: “Some hoodlums attacked some soldiers at Ishieke junction in Awo Mmamma and killed one of them, then zoomed off towards Ihiala in Anambra State, where the soldiers invaded and caused havoc by setting a filling station, cars, houses, hotel, and stores on fire in retaliation.”

iexclusive News Nigeria reports that according to a community leader who requested anonymity, the heinous occurrence at Ishieke intersection resulted in the destruction of property worth millions of Naira.

“As I speak to you now, many more houses could be burned tonight,” he warned. Now we’re at the mercy of enraged soldiers.

“Hundreds of our people may die in the jungle this night.” “Our people have fled their homeland, and those who remain live in fear,” he said.

When reached, Micheal Abattam, a police spokesperson, urged our correspondent to contact the Army.

When reached, the Army spokesman stated he would get back to us, but he had not as of the time of posting this report..