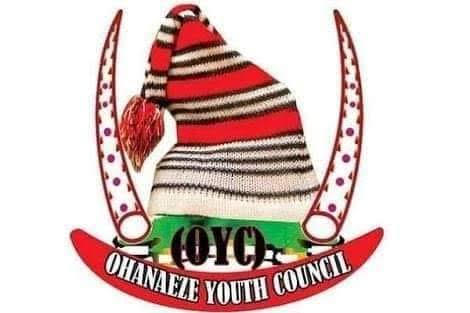 Ohanaeze Ndigbo Youth Council Worldwide, the youth wing of the main Igbo socio-cultural organization, has praised the Nigeria Police for finally approving the expulsion of one Edem Ebong, who killed five people in Enugu on June 20, 2021.

iexclusive News Nigerian stated that a lone gunman opened fire at the Golf Estate in Enugu, killing everyone in his path. Five people were killed instantaneously, while several more sustained bullet wounds as a result of the incident.

Through its President-General, Mazi Okwu Nnabuike, the Ohanaeze youths urged the police to ensure that the incident was not pushed under the rug.

The police authority has officially notified the officers’ expulsion from service, five months after the incident.

The Assistant Inspector-General (AIG) of Police in charge of Zone 13, Mr. Muri Musa, approved the suggested punishment of dismissal for Inspector Edem Ebong, according to a statement released by the Enugu State Police Public Relations Officer, ASP Daniel Ndukwe.

In response to the news, Okwu praised the police for taking the necessary steps to bring justice to the victims of the heinous attack.

“We are relieved that at long last, justice will be served for the victims of that heinous and heinous crime,” Okwu said in a statement released Saturday morning.

“Now that he has been removed, we look forward to his murder trial in open court,” he said.

“He committed a particularly heinous deed, which is why we urge that the law show him no mercy; he killed the very individuals he was paid to guard without provocation.”

“We, the Ohanaeze youngsters, will continue to keep a close eye on the case to ensure that it does not die a natural death.”

The youth organization also praised the federal government for designating bandits as a terrorist organizations.

“This is a very important measure in ending the wicked activities of bandits in Nigeria,” it said.

“Now that they’ve been labeled terrorists after considerable delay, the government should back up its words with action by attacking their camps.

They should be decimated once and for all with the newly acquired fighter jets.

“As a man dining and wining with terrorists, Sheikh Gumi should be treated the right way.”