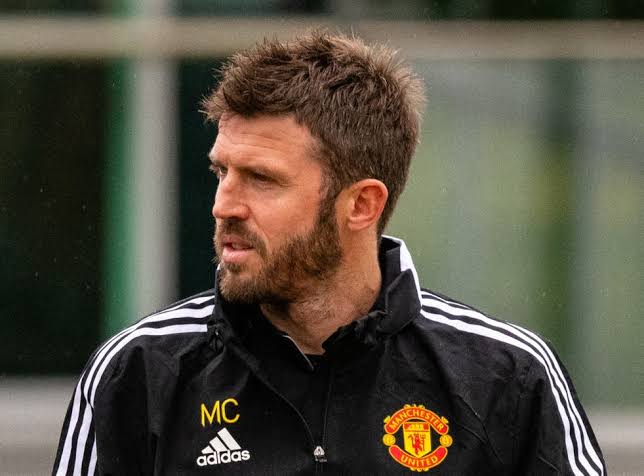 EPL: Chelsea vs Man Utd A (Stamford) Bridge Too Far For Carrick

It would have been a festival of gegenpressing of solid team structures, quick passing, intense counter-pressing and high-tempo football.

Instead, it is Thomas Tuchel, who won the Champions League within six months at Chelsea and sits on top of the league against Manchester United’s interim manager, Michael Carrick, who is mulling over if Donny van de Beek should play false nine.

It’s been only a week since Man United found the cojones to sack legend Ole Gunnar Solskjaer as manager. However, they have agreed terms in principle with the Godfather of German football, Ralf Rangnick, to become their manager for six months.

But Rangnick will not be in the opposite dugout at Stamford Bridge, intensely engaged in a tactical battle of wits with one of this mentees.

The 63-year-old should be in place next week, trying to bridge a growing gap between the Red Devils and their rivals.

United travel to West London sitting seven places and 12 points below the Blues.

Carrick took charge in midweek, as they saw off a tame Villarreal side 2-0 in Spain and qualified for the Champions League knockout stages.

And he will be quietly confident of getting a result against the league leaders, who have conceded three of the four goals they have let in, at home.

History may also be on United’s side, though, as they are unbeaten in their last seven Premier League meetings with Chelsea.

They have even kept clean sheets in each of their last four, although both highly-anticipated fixtures last term ended goalless.

Quick fact: Cristiano Ronaldo has never netted against Chelsea in the Premier League. His only goal against them came in a Champions League final.

However, the 36-year-old needs to be on top of his game if United expect to return to Manchester with a decent result. Chelsea’s defence are notoriously stingy, but the stats reveal they have allowed a lot of shots.

Having said all that, it will be an intriguing battle on Super Sunday. But the odds slightly favour Tuchel’s relentless army.

Why I allowed Ronaldo Take Penalty Against Arsenal – Bruno Fernandes

Bonucci Admits Chelsea Caused Juve So Many Problems, After 4-0 Defeat