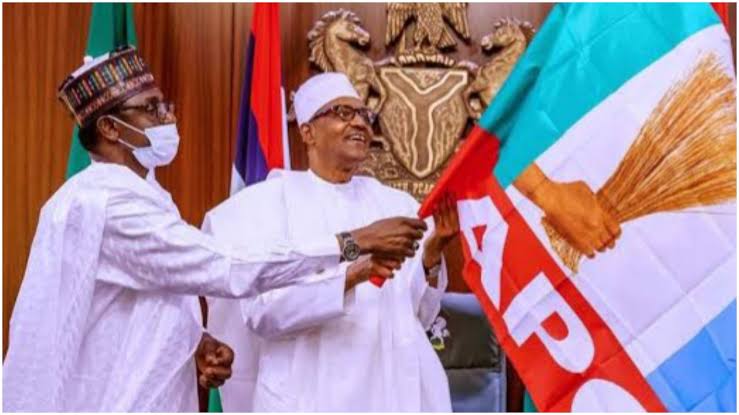 The All Progressives Congress (APC) has ran into new trouble as a group of the party dismisses Mai Mala Buni.

iexclusive News Nigeria reports that President Buhari’s management of the party has also been criticized by the faction.

The Chairman of the APC Caretaker/Extraordinary National Convention Planning Committee is Buni, the Governor of Yobe State (CECPC).

On Monday, the Progressive Youth Movement, a faction inside the party, announced his replacement.

With immediate effect, they appointed Mustapha Audu as Chairman of the National Caretaker Committee.

Before the February 26, 2021 convention, a National Reconciliation Committee would be constituted, according to Audu, to reconcile unhappy members.

They are unknown to the party, its structure, or as a registered support group, according to the scribe’s declaration, and thus non-existent.

“However ludicrous, the putative group’s unlawful attempt to takeover the leadership of President Muhammadu Buhari’s APC has now been charged with treasonable felony.

“Now is the time for relevant security bodies to check and resolve their unethical acts. The party will not give the alleged group the attention they seek.

“All we can say is that the general public should ignore them.” They are not registered members of the APC and are being utilized to confuse the public by opposition forces and fifth columnists.

“As widely documented, the fruitful meeting between the APC leadership, the Progressive Governors’ Forum, and the President resulted in February 2022 as the National Convention date,” Udoedehe said.

The APC National Secretariat has been under intense protection in recent weeks, according to iexclusive News Nigeria following intelligence of a planned forcible takeover.

Related Topics:APCBuniPresident Buhari
Up Next

NCC’s Oshadami Wins The Prestigious CIO Of The Year Award