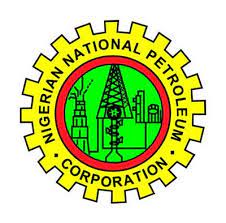 The feedback Segment with Abigail Ojogbo, the host.

iexclusive News Nigeria reports that Abigail Ojogbo takes us to the streets to speak to individuals about some commonly used acronyms in the oil and gas sector. She says:

“The global oil and gas like any other has its own unique register over time it has become quite privileged to replace some of the more commonly used terms in the industries technical and non-technical spheres with acronyms for ease-of-use.
Most of these acronyms have evolved and taken center stage in formal and informal discussions. Some of these acronyms include:

In today’s edition we are speaking to people on the streets of our nation capital to see how many of these terms they can correctly identify.”

They began to ask individuals on the street to state what the acronyms meant surprisely a lot of people knew the full meaning of this acronyms and were able to explain further.

Watch video HERE to see the interviews with individuals.

See The Full Meaning Of Some Acronyms

Abigail also gave to correct meaning of some if the acronyms;

She went further to explain all the good work of the NNPC as she explains acronyms in the NNPC;

The AKK represent the 614km long natural gas pipeline which the NNPC is constructing to transport natural gas from Ajaokuta in Kogi State to Kano in Kano State through several states and urban centers as parts of the Trans Nigeria Gas Pipeline Project.

48-inch, 127km Gas Pipeline running from the Obiafu-Obrikom gas plant to the Oven node in Nigeria.

A natural gas pipeline built in 1989 to supply gas from Escravos region of the Niger Delta area to Egbiri power station near Lagos.

What video HERE for more information about NNPC’s Good Works

Instagram Boss Faces US Congress Over Impact On Kids