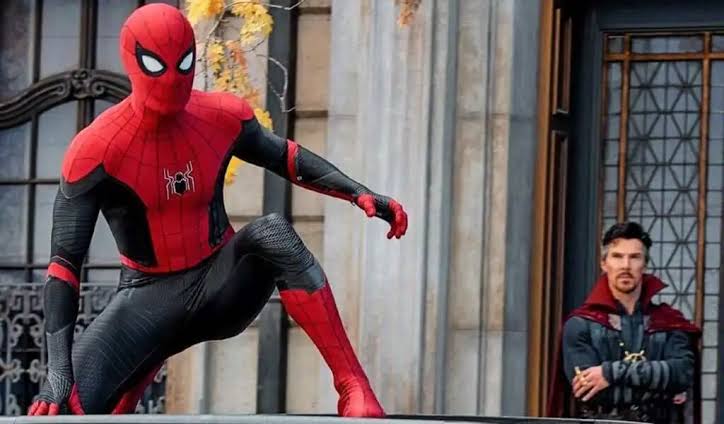 Spider-Man: No Way Home is a film meant to do a lot of things. It’s the third film in the Jon Watts-directed MCU trilogy of Spider-Man films, concluding a storyline for Tom Holland’s incarnation of Peter Parker.

It’s a direct sequel to Spider-Man: Far From Home, picking up where the cliffhanger credit scene of the 2019 film left off.

It’s the continuation of the overarching Marvel Cinematic Universe and its “Phase Four” story arc. And it’s a tribute to the past 20 years of Spider-Man movies.

That’s a lot of balls to juggle. And the fact that No Way Home succeeds in pulling off as many of them as it does is impressive, especially when it comes to the fan service — but much like Peter Parker, this movie can’t have everything.

Spoiler warning: this review will reference basic plot details of the movie as revealed in the existing Spider-Man: No Way Home trailers, in addition to spoilers for Spider-Man: Far From Home.

If you want to go in fully unaware, skip this review for now.

Spider-Man: No Way Home picks up right where its predecessor, Far From Home, left off. Peter Parker’s secret identity as Spider-Man has been revealed to the world through one last trick of Mysterio, and now everyone blames the webslinger for the villain’s rampage through London.

No Way Home doesn’t let Peter get off easy here, at least for the first third of the film, which eschews heroics for grinding down the costumed hero.

Half the world hates Peter and thinks he murdered Mysterio. He’s got no idea how to pay for college. (As an aside, given that it’s the third time this plot point has come up in an MCU project this year: did none of the Avengers get paid? Come on, Tony.) Aunt May (Marisa Tomei) is forced to move after her apartment is besieged by reporters and protestors.

And his best friend, Ned (Jacob Batalon) and his girlfriend, MJ (Zendaya), get soundly rejected from every college they apply to just for being associated with Peter.

So in an effort to protect his loved ones, Peter goes to his fellow Avenger Doctor Strange (Benedict Cumberbatch) and asks him to magic away the problem.

The Amazing Spider-Man 2). Each bad guy has been snatched up from their moment right before their web-slinging comeuppance and given a fresh chance for revenge on (another) Spider-Man, who has to find them and send them back from whence they came.

No Way Home revels in bringing back these characters. Each villain gets his moment in the sun (some briefer than others), and long-time Spider-Man fans will get a thrill of getting to see Doc Ock smash his way through a highway of cars, a devilishly grinning Green Goblin cackling his way from scene to scene, or Jamie Foxx’s Electro not having to be a blue CGI Doctor Manhattan knock off.

Dafoe leads the charge, bouncing between his feral and friendly personalities without missing a beat in the intervening 19 years, while Molina’s tortured scientist struggles to control his out-of-control creation.

The core cast of Watts’ trilogy is also back. Holland’s take on Peter is his best yet: still fresh-faced and quipping his way through fights while dealing with the increasing weight of actually having to be Spider-Man.

MJ and Ned are more divorced from the action, although Aunt May gets the spotlight in some of the film’s quieter moments to great effect.

It’s all extremely fun but harkens back to the same issue all of Holland’s films have had: the smorgasbord of bad guys are once again other character’s foes that Peter just happens to be dealing with, much in the same way that Homecoming and Far From Home had him cleaning up Tony Stark’s messes.

Peter’s Inception-esque mirror dimension duel with Doctor Strange almost has more weight than some of the villain fights — at least there, Peter knows his opponent’s name.

In fact, nearly all of the film’s biggest emotional beats rely on viewer’s knowledge of the previous five Spider-movies, attempting to tie a bow on each villain’s story in addition to offering closure for the characters in the Tom Holland trilogy that No Way Home ostensibly is intended to wrap up. There’s a lot going on.

Still, once No Way Home hits its stride, it’s hard to care too much about any of that. Characters and cameos abound in scenes that feel engineered to have fans cheering in theaters.

There are big reveals, catchphrases are dutifully recited, and the last hour is basically just pure payoff for two decades of Spider-Man films, handled with a surprising amount of humor and heart despite some darker swings halfway through.

Whether you’re a fan of the Sam Raimi, the Marc Webb, or the Jon Watts movies,

No Way Home does its best to please. (Although you’ll definitely get the most mileage if you’ve seen all seven preceding Spider-Man flicks, of course.)

It’s all very satisfying for fans, though at times it can feel like the movie is as much about the competing studio interests of Sony and Disney as it is about Spidey himself.

And, as is practically Marvel tradition, No Way Home doesn’t let its characters rest, slamming the reset button and sowing the seeds for future sequels, with the now-traditional post-credit scenes setting up more adventures for Spider-Man and Doctor Strange.

Still, Holland’s incarnation of the character is said to be sticking around for another few movies, and No Way Home’s ending hints at shedding some of Peter’s accrued MCU baggage for a friendlier, more neighborly Spider-Man.

So it’s at least possible that future entries will finally let the character soar through the city on his own strengths, instead of just standing on specters of movies past.