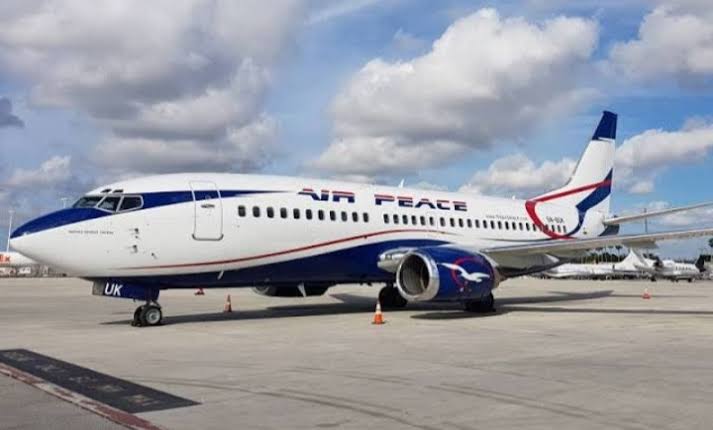 UAE In what appears to be a diplomatic move, has reportedly conceded seven slots to Air Peace.

iexclusive News Nigeria reports that according to The Nation, the United Arab Emirates has granted the Nigerian Carrier permission to fly directly to Dubai rather than Sharjah Airport.

This was allegedly communicated in a letter addressed to Air Peace and dated December 13th, 2021.

iexclusive News Nigeria gathered that despite the fact that the Federal Ministry of Foreign Affairs was not copied, the letter was received by the Federal Government, according to the publication.

“According to the letter, Air Peace can fly directly to Dubai rather than Sharjah Airport.” This is the most recent update on the situation.

“Even though they did not use the proper diplomatic channel by writing to the Federal Ministry of Foreign Affairs, who will then notify the Aviation Minister, this is still a positive development.”

When asked if the UAE had barred other airlines from transporting Nigerians to Dubai, the source stated:

“This is the domain of rumours.” It’s not true, in my opinion.

There has been no official communication prohibiting Nigerians from entering Dubai via other airlines.

Allow anyone who has such a directive to produce it. It would be a blatant violation of international civil aviation regulations.

“The Federal Government received no such information at the diplomatic or official levels.”

“With the latest concessions, I believe the UAE was attempting to avoid a diplomatic spat with Nigeria. We also do not want a squabble with the UAE.”

Following the refusal of Sharjah Airport Authorities and the General Civil Aviation Authority (GCAA) of the UAE to grant Air Peace the three requested slots, the federal government instead gave Emirates airline one weekly slot in Abuja.