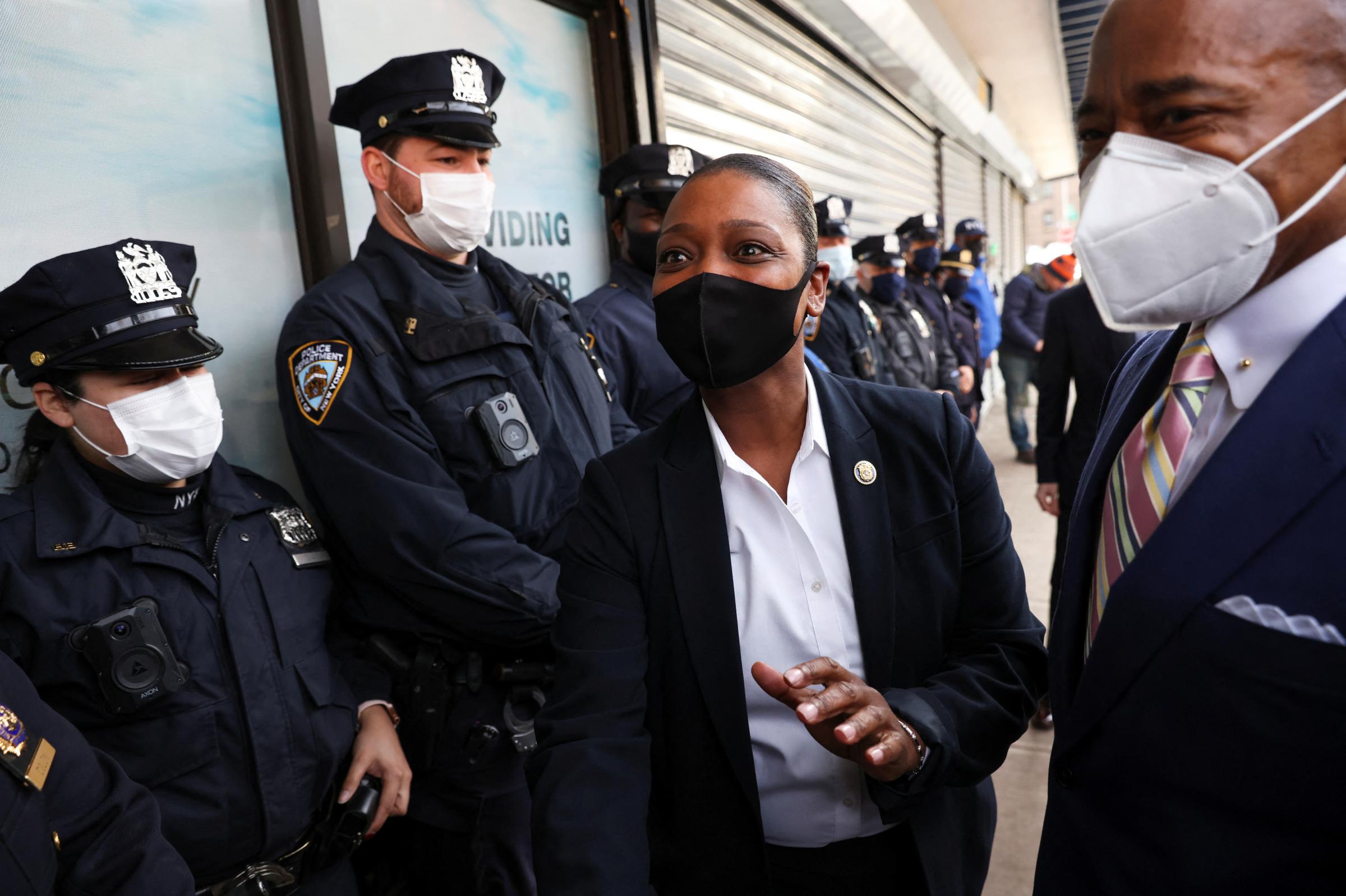 Eric Adams chose Nassau County Chief of Detectives Keechant Sewell to be the first female commissioner in the 176-year history of the New York Police Department.

Keechant Sewell will also be the department’s third Black commissioner in its history.

Eric Sewell told The New York Post, which first reported news of her appointment, “I’m here to meet the moment.”

Her consequential appointment comes at a turbulent time for the city’s police force.

Continued talk of police reforms and defunding the department in the city, as well as the nation, have sparked tensions between police and residents.

Additionally, shootings and incidences of violent crime have gone up in 2021 compared to last year, according to data from the NYPD.

Adams’ new leadership, as well as the appointment of a new police commissioner to lead the department, will be a reset for the city’s police force of more than 36,000 officers and their union leaders, who were used to a more tense relationship with Mayor Bill de Blasio.

Officers famously turned their backs on de Blasio at a colleague’s funeral in 2015.

The Police Benevolent Association of the City of New York’s head, Patrick J. Lynch, said the union welcomes Sewell “to the second-toughest policing job in America.”

“Of course, being an NYPD cop on the street is the most difficult. We, the New York City police officers, have reached a breaking point “Lynch went on to say in his statement.

“We need to fix that break in order to get our police department and our city back on course. We look forward to working with her to accomplish that goal.”

According to The New York Times, Sewell, who is originally from Queens, has worked for the Nassau Police Department for 23 years in narcotics, major cases, and hostage negotiation.

Last year, she was promoted to chief of detectives.

“I grew up in Queens,” Sewell told The Post in a video interview. “This is my city, and now that I’m in charge of it, I feel like I’ve come full circle.”

Adams, the city’s second Black mayor, will be sworn in on January 1.