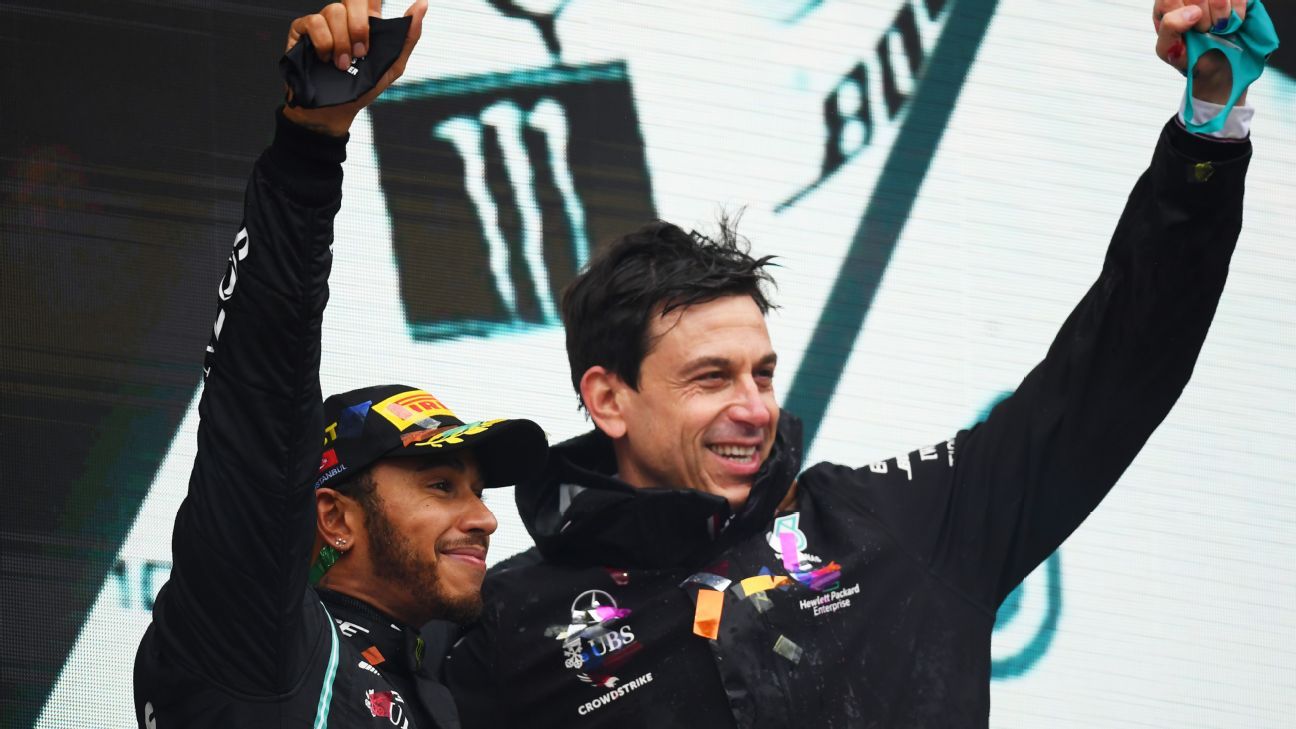 Lewis Hamilton and his Mercedes team boss Toto Wolff have confirmed that they will not attend the FIA’s prize giving ceremony in Paris on Thursday evening.

iexclusive News Nigeria reports that the decision not to attend follows Mercedes’ decision not to appeal the result of the Abu Dhabi Grand Prix, which saw Max Verstappen take the title from Hamilton in controversial circumstances on the race’s final lap.

According to Article 6.6 of Formula One’s sporting regulations, the top three drivers in the championship are required to attend the trophy presentation ceremony, but Hamilton, who finished second, has decided not to attend.

Wolff was invited to Paris to accept the constructors’ trophy, which Mercedes had won for the eighth year in a row, but declined.

“No, neither of us will be there. “And I won’t be there out of loyalty to Lewis and personal integrity,” Wolff told reporters on Thursday.

“However, we will be represented as a team by James Allison, who will accept the trophy on behalf of everyone in Brackley and Brixworth who should be celebrating our eighth consecutive world championship title.”

Who deserves to be recognized, because this is a fantastic accomplishment that we are very proud of.

“And in some ways, I’m attempting to compartmentalise my rage at the outcome of the Formula One Drivers’ World Championship and, on the other hand, my pride and joy at having accomplished something unprecedented.” That deserves to be recognized.”

Mercedes confirmed in a statement on Thursday morning that it would withdraw its intention to appeal the Abu Dhabi Grand Prix result, but that it would hold the FIA accountable for the events in Abu Dhabi.

The FIA announced on Wednesday that it would investigate the final laps as part of a “clarification exercise” in which Mercedes and other Formula One teams will participate.

Mercedes was enraged by how the race ended, claiming that FIA race director Michael Masi appeared to disregard certain sporting regulations in order to ensure the title battle was decided by one final lap of racing after several laps behind the safety car.

The quick restart, which saw only the cars between Hamilton and Verstappen unlap themselves, allowed Verstappen to pass Hamilton on the final lap, allowing him to secure the championship with a race victory.

After the race, Hamilton’s Mercedes team protested the results, focusing on the articles of the sporting regulations that had been ignored in order to restart racing for one final lap.