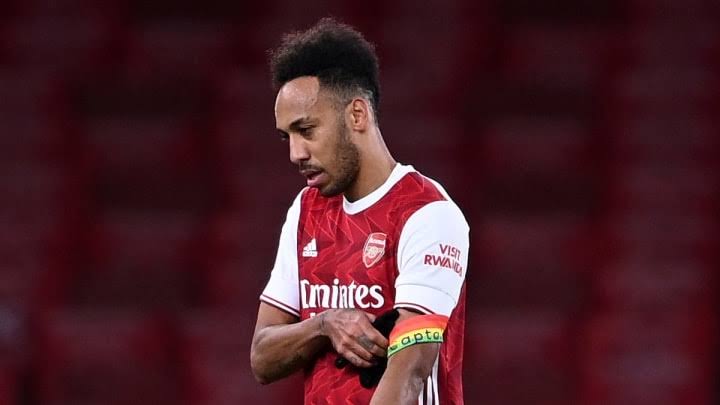 Pierre-Emerick Aubameyang, an Arsenal striker, has been suspended from first-team training.

According to Sportsmail, the player would be kept out of Mikel Arteta’s plans until at least the end of 2021.

After being deprived of the club captaincy on Monday, Aubameyang’s future at the Gunners appears to be dismal.

Arsenal noted his “most recent disciplinary infraction” in an official statement.

This week, the 32-year-old has not participated in first-team training at the club’s London Colney HQ.

Instead, Aubameyang has been exercising apart from the rest of the team.

On Friday, Arteta revealed that the Gabonese striker will not be considered for the weekend match against Leeds United.

His exclusion is expected to last until the end of the month when he will go for the Africa Cup of Nations.

Aubameyang’s releasing date for the event is yet to be determined.

However, it’s understandable that the striker is eager to get back to international duty as soon as possible.