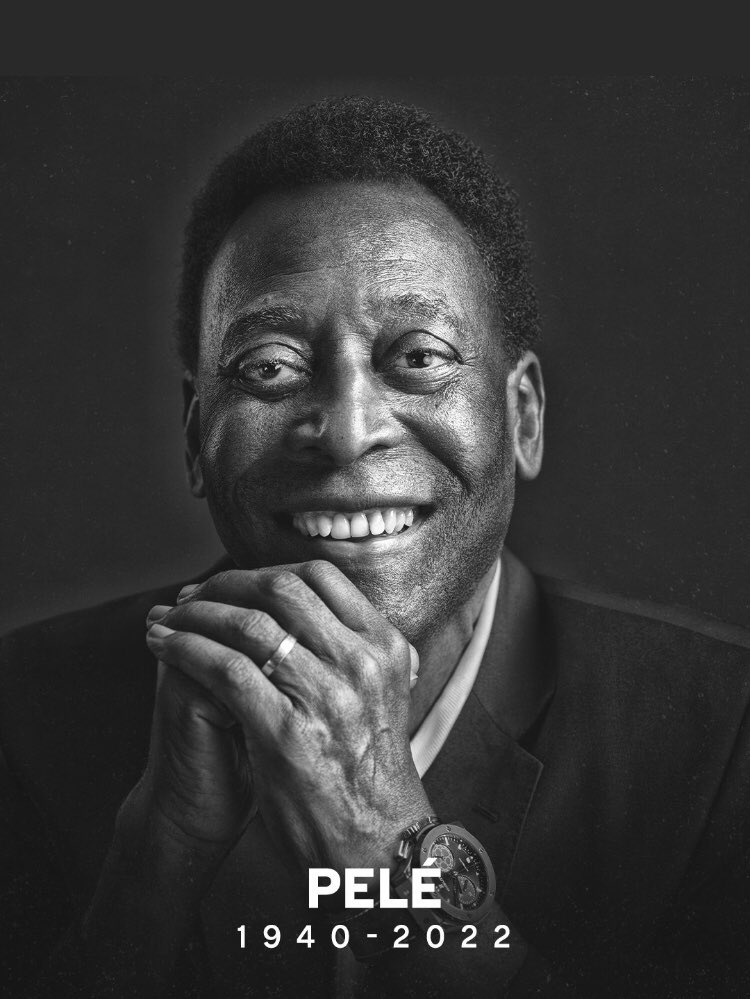 Pele, a Brazilian football legend who passed away on Thursday at the age of 82, was widely regarded as the game’s best player.

iexclusivenews reports that Pele was regarded as the greatest football player of all time and the undisputed king of the beautiful game.

Here Are 10 Things You Should Know About Pele:

2. Pele won the World Cup with Brazil in 1958, 1962, and 1970. His sumptuous range of skills made him the embodiment of his country’s golden age of football.

3. When Pele finally retired in 1977, he had scored more than 1,000 goals. He scored 77 for Brazil, a mark only equaled at the recent World Cup by Neymar.

4. Pele’s impact on his sport went far beyond the pitch as he also became a money-making phenomenon. Lending his name to sportswear, credit cards, and watches among an array of products.

5. Edson Arantes do Nascimento earned a call-up to the national team in 1957, scoring on his debut against Argentina. In 1958, he was picked for the World Cup in Sweden.

6. Still only 17, Pele had become the youngest World Cup winner in history. The next two tournaments, however, were to be unhappy experiences.

7. Twenty-one by the time of the 1962 World Cup in Chile, an older, stronger Pele had been expected to take the tournament by storm. Though he was to continue playing club football for his beloved Santos and later the New York Cosmos. Pele retired from international duty in 1971, making an emotional farewell in front of 180,000 fans at the Maracana in Rio de Janeiro.

8. In 1977, he inspired New York to the national title in his final season with the club which featured fellow greats Franz Beckenbauer, Italian striker Giorgio Chinaglia, and former Brazil captain Carlos Alberto.

9. He appeared in the 1981 film, Escape to Victory, about Allied Prisoners of War during World War II along with the likes of Michael Caine, Sylvester Stallone, and Moore.

10. Between 1995 and 1998, he was even Brazil’s Extraordinary Minister for Sport. While he also regularly appeared in public as an ambassador for numerous commercial brands. He married for the third time in 2016, tying the knot with Marcia Aoki.