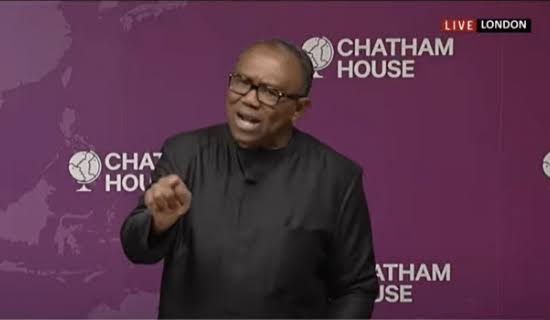 Peter Obi, the top choice in four opinion polls ahead of next month’s Nigerian elections, has promised to reprofile the nation’s debt if elected.

Obi, a third-party candidate who is running on the Labour Party ticket, said he would extend payments of the country’s debt over a longer period.

“Then we will say no more borrowing for consumption,” he said at Chatham House in London on Monday. “We will borrow transparently for investment.”

While this represents less than 30% of the nation’s gross domestic product, debt service consumes more than 80% of the country’s income.

Most of the country’s borrowing has been spent on “consumption” rather than on production, according to Obi.

“Nigeria has grown its debt by about 400% but its per capita income has declined,” he said, adding “That means that the money we borrowed was thrown away.”