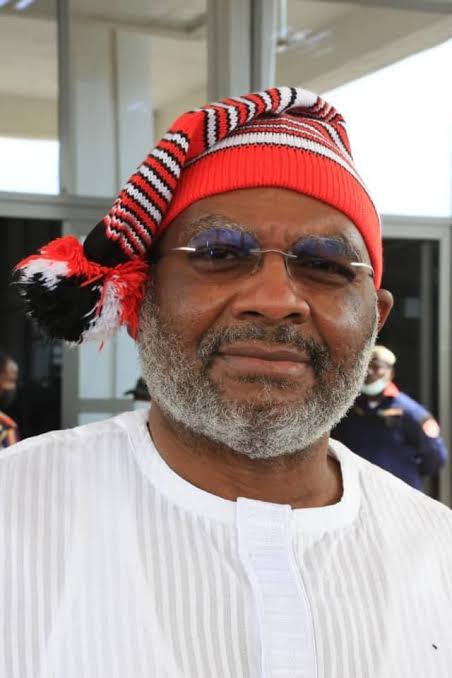 Chimaroke Nnamani, Fayose’s son, Chris Ogbu and others has been suspended as a member of the party.

iexclusivenews reports that the suspension, which takes effect on Friday, is based on allegations of anti-party activities leveled against Mr Nnamani, according to a party statement.

According to the party’s national spokesperson, Debo Ologunagba, the suspension was imposed by the National Working Committee (NWC).

However, iexclusivenews Nigeria reports that Mr Nnamani, a former governor of Enugu State, is currently the senator representing Enugu East on the PDP platform.

He is also the party’s senatorial candidate for Enugu East in the upcoming national assembly elections on February 25th.

Despite being a PDP chieftain, he has been campaigning for the APC’s presidential candidate, Bola Tinubu.

Fayose’s son, Olawajomiloju, is the candidate of the PDP for Ekiti Central Federal Constituency.

It’s not exactly clear what will happen to the tickets of the suspended members.

Read the full statement below:

The National Working Committee (NWC) of the Peoples Democratic Party (PDP) has after a very extensive review and consideration of the affairs of our Party in the country, pursuant to the provisions of the PDP Constitution (as amended in 2017) approved the suspension of Senator Chimaroke Nnamani (Enugu State) and Chief Chris Ogbu (Imo State) with effect from today, Friday, January 20, 2023, over allegations of anti-party activities.

In the same vein, the NWC has approved the suspension of the underlisted Party members in Ekiti State also with effect from today, Friday, January 20, 2023, over allegations of anti-party activities.

The PDP urges all leaders, critical stakeholders and teeming members of our Party across the country to remain united and focused on the mission of our Party to Rescue, Rebuild and Redirect our nation from misrule.