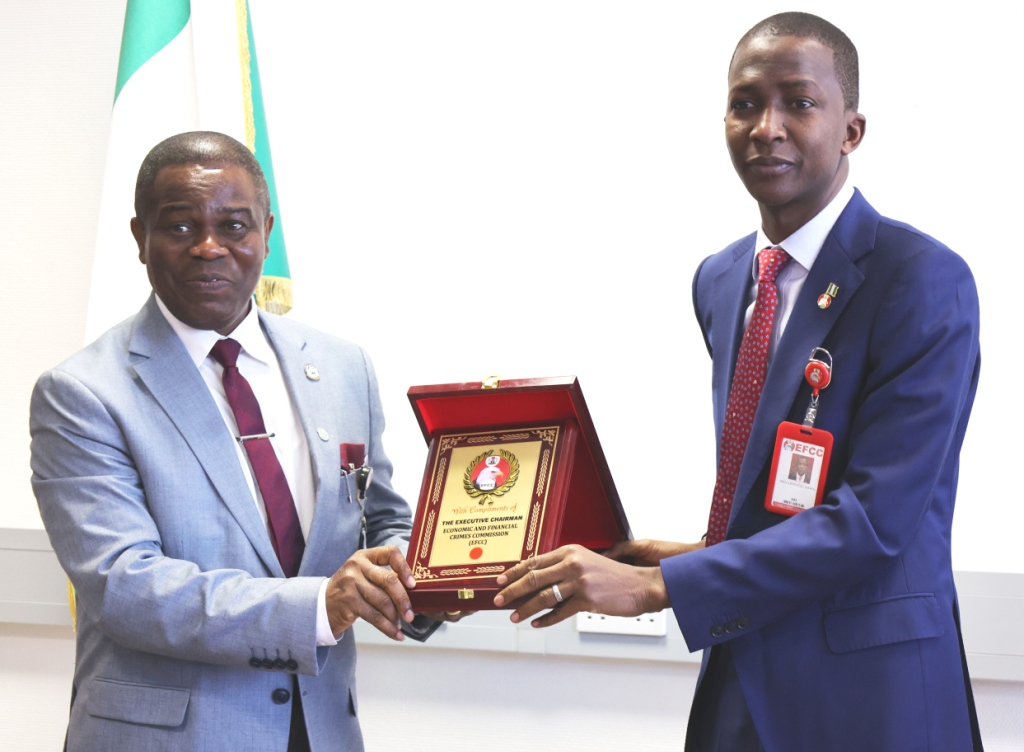 EFCC- The Economic and Financial Crimes Commission, and the Office of the Auditor General of the Federation, OAuGF, are to intensify cooperation in the fight against economic and financial crimes, including corruption.

This commitment was among the highlights of discussion today, January 23, 2023 during a Courtesy Visit to the headquarters of the Commission by the acting Auditor General of the Federation, Dr. Andy Onwudili.

Onwudili, who was accompanied by directors of the OAuGF, said his visit was meant to strengthen the existing collaboration between the EFCC and the Office of the Auditor General of the Federation, noting that the mandate of both organizations were similar, and critical.

He commended the efforts of the EFCC in fighting economic and financial crimes, noting that the Commission’s record of 3785 convictions in 2022, as against the 2220 recorded in 2021, were encouraging.

He restated the OAuGF’s commitment to accountability and transparency in line with its constitutional mandate but admitted that its performance was hampered by challenges of budget, among others.

Dr. Onwudili however commended the intervention of some donor agencies especially the Centre for Democracy and Development, CDD, which he said, supported the completion of the OAuGF’s Forensic Laboratory in 2022and the training of 40 Auditors on the use of software.

In his remarks, EFCC Chairman, Abdulrasheed Bawa acknowledged the shared mandate of both agencies in promoting public accountability and transparency, and assured the Ag. Auditor General of the Federation that the Commission will do its best to assist him to succeed in the discharge of the constitutional responsibilities of his office,

He said the Commission will push to ensure the OAuGF is well funded “because it will make our work easier.”

The EFCC boss further appealed to the Ag-Auditor General of the Federation to ensure quick response to enquiries from the Commission, noting that the two organizations were working for a common purpose, which is improving the wellbeing of Nigerians and Nigeria.