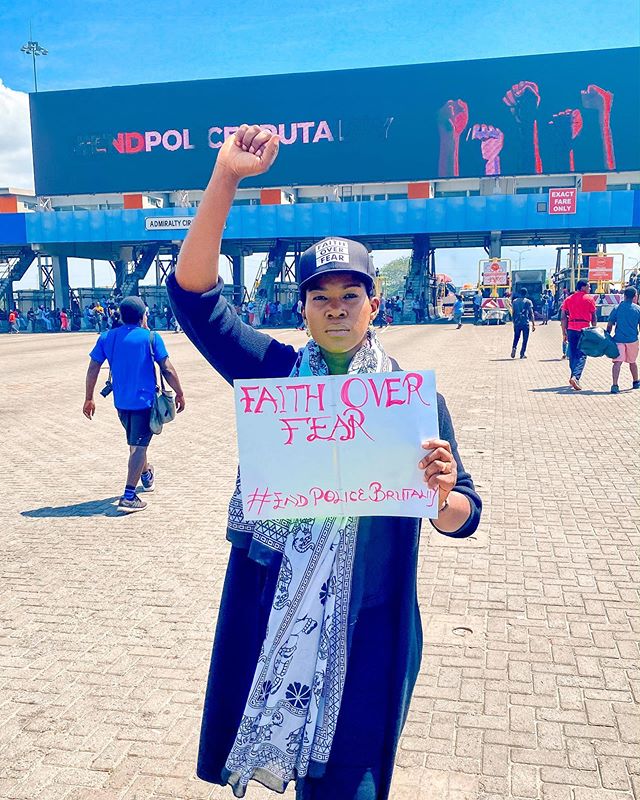 Actress Stephanie Linus has thrown her celebrity weight to endorse #EndSARS Protests ongoing across the nation.

iexclusive News Nigeria reports that Nigerian youths have been on the streets all over the nation agitating for an end towards the police brutality and extrajudicial killing.

Lend her voice to the protest, award-winning Nigerian actress, film director, and model Stephanie Linus took to the streets of Lagos, Nigeria, to join the #ENDSARS protest.

Although the Special Anti-robbery Squad (SARS) has been dissolved and a new Special Weapons and Tactics (SWAT) inaugurated by The Inspector-General of Police, (IGP) Mohammed Adamu, Nigerians are not pleased with the latest actions.

‘I choose FAITH over FEAR! How about you? #endpolicebrutality’

Linus wrote, after sharing pictures from the protest.