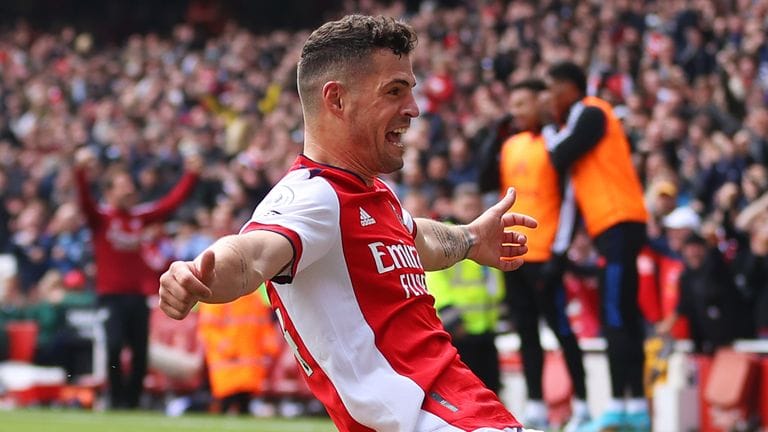 Arsenal vs. Man United: Arsenal won 3-1 in a critical match in the race for a Champions League spot next season, with Bukayo Saka assisting on two of the goals. Arsenal climbed to fourth place in the rankings, pending Tottenham’s weekend fixture, while Manchester United fell six points behind with four games remaining.

Man United’s Cristiano Ronaldo scored on his return to the team, but a missed penalty by Bruno Fernandes ruined the Red Devils their chances of finishing in the top four.

The first half was rough, with neither team able to establish themselves as the game’s dominant force. Despite this, Arsenal increased their lead to two goals. Saka was at the centre of it once more, as his one-two with Martin Odegaard earned Arsenal a penalty.

Saka took the penalty kick, just as he did in a midweek win over Chelsea at Stamford Bridge. He went the opposite way as De Gea and doubled Arsenal’s advantage.

United, on the other hand, quickly cut the deficit in half. Ronaldo did well to get on the end of a Nemanja Matic cross at the far post, squeezing between Gabriel and Tavares to score. He quickly raised his hand to the sky in tribute to his newborn son, who had died earlier in the week.