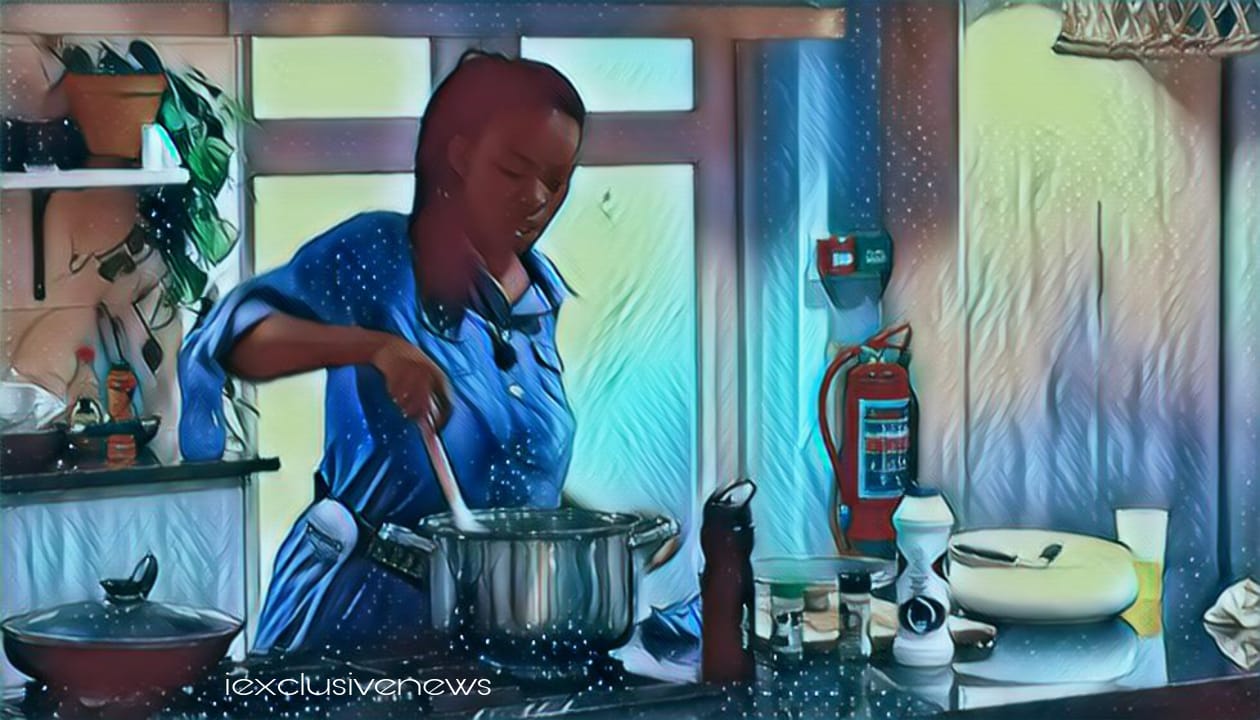 BBMzansi housemate Nthabii made waves on the Twitter streets and it wasn’t because of her dramatic words or actions.

Her unique method of making boerewors sparked a lot of discussion on Twitterville.

If you recall, the student athlete proudly told Big Brother Mzansi’s host, Lawrence Maleka, that she knew her way around the kitchen when she first entered the House.

When it was her turn to prepare a supper for her fellow Housemates yesterday, Nthabii’s cooking talents were put to the test.

As she maneuvered her way around the kitchen, the viewers was transfixed to their screens.

Nthabii chose to serve pap and boerewors to the House.

If you live in Mzansi, you are well aware that pap and boerewors is a popular staple dish.

If someone decides to prepare for this, they must be willing to go all out.

The audience was hoping Nthabii would summon her inner Zola Nene.

Things did not go as planned. Nthabii appeared to have received no instructions on how to prepare this lunch.

Viewers of BBMzansi were taken aback when they saw her in action as she cooked the food.

Nthabii’s boerewors didn’t look anything like the ones they’re used to.

She seemed to have her own special method for preparing the boerewors.

Nthabii started by cooking the boerewors, and when they were done, she surprised everyone by adding uncooked potatoes and water to the mix.

The combination in the pot appeared to be rather perplexing and not at all what folks had expected.

Viewers took to the streets of Twitter to express their dissatisfaction with Nthabii’s food. Let’s take a walk down Twitter’s streets and look at some of the reactions that caught our attention.

Thapelo was underwhelmed and demanded to know what Nthabii was preparing. He went on to say that the Big Brother Mzansi Housemate was preparing wors in the same manner as mogodu.

Lovy simply called Nthabii’s creation a “pandemic of its own” and didn’t know whether to laugh or cry.

Bathokozile said the Housemates should keep Nthabii far away from the pots.

Pedi woman with some powers was more concerned about the pap. She said it looked all sorts of wrong.

MaZwide advised that Mphowabadimo should give Nthabii cooking tips while they are still in the House.

Grace found herself laughing and mentioned that she and Nthabii are in the same WhatApp group. Apparently, she’s just as bad when it comes to the pots.

He said the former minister’s cooking skills are contagious.

Miss B, just like Pedi woman, was worried about the pap.

She said that Nthabii has been busy with it for the last three hours and just when you think she’s done, she keeps adding mealie meal.

Nthabi cooking pap as we speak, she’s been at it for the last 3 hours’ when u think she is done she adds impuphu futhi 😆😂😂😂 pic.twitter.com/hxVwTMdjis

From where the viewers were standing, it seems Venus was not the only one who had an epic

kitchen fail after her amagwinya backfired on her. Nthabii joins Venus and so far, it looks like they are neck and neck.

Related Topics:BBMzansiBBMzansi Day 26
Up Next