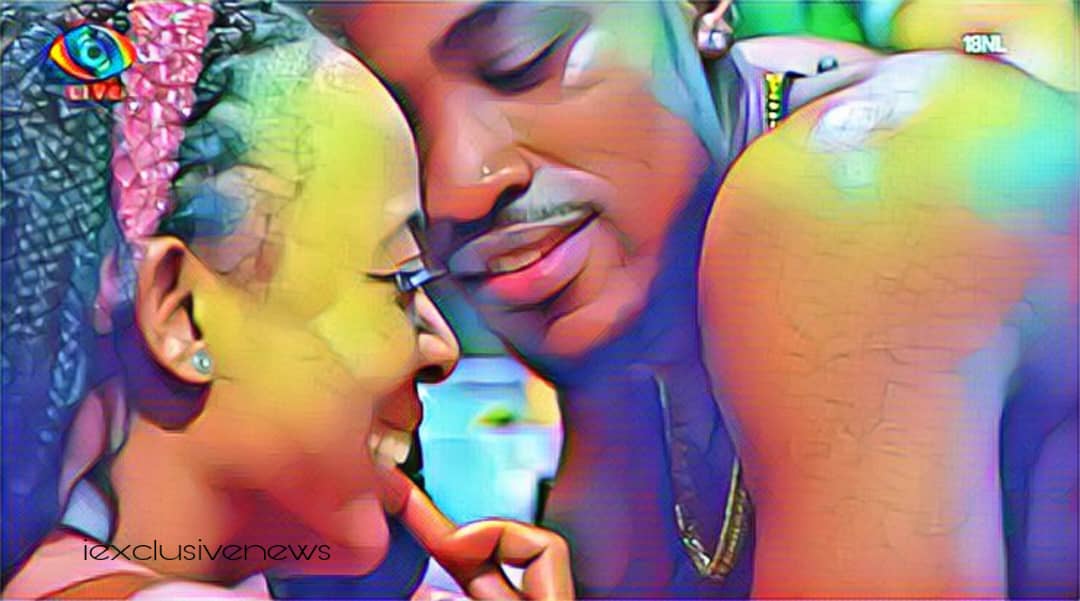 BBMzansi viewers were disappointed after spending the better part of the night hoping Terry and Vyno would do some Mapata Pata only for Mvelo to fart like King Solomon’s Trumpet.

Vyno and Terry’s romance appears to be blooming in the Big Brother Mzansi house, though Terry is still playing hide and seek.

Vyno has only been in Biggie’s house for a week, but he has already proven to be the only Bull in the kraal after making Terry “fall” for him, something other guys in the house have failed to do.

When Vyno and Terry are together, her big eyes become heavy and dim, she appears to be a cloud of smoke, she appears weak and defenseless; don’t play with love.

Vyno was seen several times attempting to k!ss her, but his missiles landed on the wrong spot, so he settled for a peck.

Terry was carried away by sleep during the cuddling session after receiving some good ones from Vyno and she almost forgot about her HoH bed, fortunately, she woke up in the morning at around 0400HRS.

It’s unclear whether Terry is still playing hard to get or if this is part of her game plan. He had previously confessed Vyno’s feelings for Venus.

We hope he isn’t completely imprisoned in Terry’s love territory because their love seems to grow by the day.

What are your thoughts on this? Please share them in the comments section below.