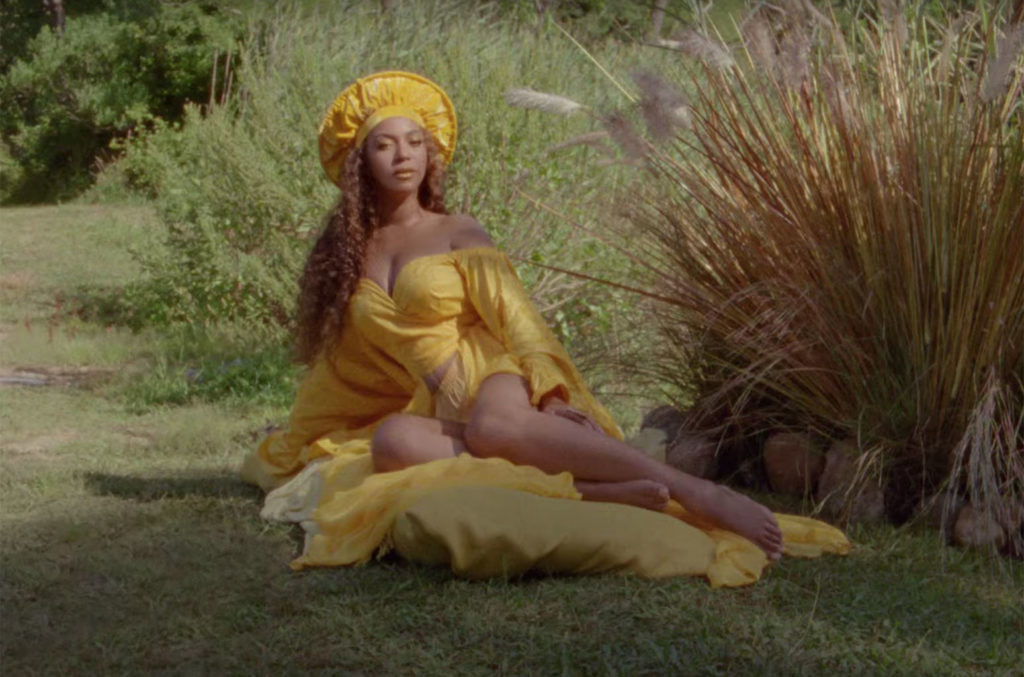 While Beyonce released a video for the song last year, at the time of its initial release on her companion album to “The Lion King” film, the new video is from her “Black Is King” visual album based on the music from the film.

Like many of Beyonce’s recent videos, the Jenn Nkiru-directed clip is almost more like a series of paintings than a conventional video, with Beyonce and many others appearing in a series of beautiful settings and outfits. It may have been filmed several months ago, as little social distancing is in evidence.

READ MORE: Trump wants to teach ‘American exceptionalism,’ an idea he once disavowed

In a brief statement to “GMA” about the video, Beyonce said, “It was so important to me in ‘Brown Skin Girl’ that we represented all different shades of brown. We wanted every character to be shot in a regal light … It was important that we are all in this together and we’re all celebrating each other.”

In Variety’s review of “Black Is King,” Jeremy Helligar wrote: “Despite its racially charged title, ‘King’ is not just for Black people. It’s also for a society of non-Blacks who have been conditioned to think of people of African descent as being less-than, without their own history and with limited futures. Written and directed by Beyoncé with various collaborators, ‘Black Is King’ reminds us that Black lives didn’t begin in chains. Those came relatively late, but they couldn’t erase a rich and complex past in the motherland. ‘History is your future,’ Beyoncé announces toward the beginning. ‘One day you will meet yourself back where you started, but stronger.’”

Ciara Reveals Her Weight Loss Goal After Giving Birth to Baby No. 3