Edo 2020: How Hope Uzodinma mobilised Igbos for Ize-Iyamu in Benin

Why INEC fire is an act of desperation – Ajayi 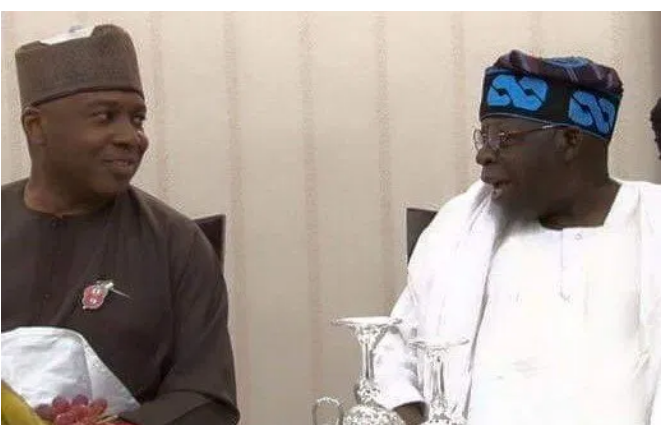 The National Industrial Court has declared as null and void, payment of pension and gratuity to former governors and deputy governors, not in consonance with what is fixed by the Revenue Mobilisation Allocation and Fiscal Commission.

The court gave the judgment on Thursday while ruling in a suit brought against the Taraba State government by Alhaji Garba Umar, a former acting governor of the state.

It was the second time in less than a month that a court will dismiss as illegal the pensions former governors are drawing from their states.

Justice Oluremi Oguntoyinbo ruling on an application for an order of mandamus in a suit brought by the Socio-Economic Rights and Accountability Project (SERAP), ordered the federal government to recover pensions collected by former governors now serving as ministers and members of the National Assembly. He also directed the Attorney General of the Federation and Minister of Justice Mr Abubakar Malami, SAN to challenge the legality of states’ pension laws permitting former governors and other ex-public officials to collect such pensions.

Many retired governors, such as Bukola Saraki, Bola Tinubu, are benefitting from pension laws passed by the houses of assembly in their states. In Zamfara, Governor Bello Matawalle cancelled the payment after signing into law a bill passed by the Zamfara House of Assembly.

In the latest ruling by the Industrial Court, the claimant, Garba Umar was once the acting governor of Taraba State. He dragged the state government to the court, claiming that he was entitled to gratuity as a former governor of the state, 300 per cent of his salary as medical allowance and other benefits as provided in Taraba State Governor and Deputy Governor’s Pension Law, 2015.

But in its ruling, the court held that it appeared that there was a “contradiction by the provision of section 124(5) ‘of the 1999 Constitution’ which enabled the House of Assembly of a state to provide for pension or gratuity to governors and deputy governors which items are also placed under the exclusive legislative list under Part 1, of the Second Schedule to the 1999 Constitution.”

“The question then is how to reconcile these two provisions of the constitution. The answer is by adopting a purposeful approach by which the court is required to look at the constitution as a whole and construe its provisions in such a way as to give effect to the general and specific purposes for which it was enacted; that is good governance and the welfare of all Nigerian based on the principles of equality and justice.”

The court, therefore, ruled that the Taraba State governor and deputy governor’s pension law, 2015 is null and void

US Slams Russia, China For Failure To Condemn Embassy Attack