Google’s Pixel 4a, initially rumored to become official at the Google I/O conference in May – which didn’t happen because of the coronavirus – is finally close to launch, it seems.

A few days ago a new rumor gave what seems like the umpteenth presumptive unveiling date, namely August 3. And now Google has confirmed this, though in the most convoluted way possible.

If you head to a new special page on the Google Store website, you’ll get a puzzle based on ‘lorem ipsum’, a famous describer of placeholder web pages. If you solve the puzzle, you’ll get the August 3 date, as well as a tagline – “The Google Just What You’ve Been Waiting For Phone”. Obviously the tagline had to be convoluted too, to go with the entire project. 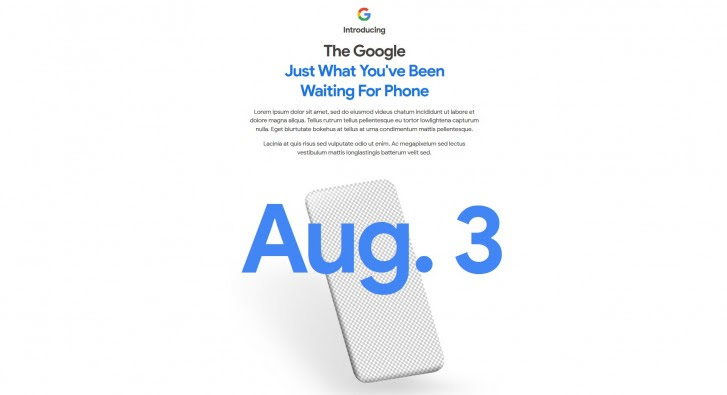 The ‘lorem ipsum’ text itself contains some fake Latin purportedly talking about cameras and a “longlastingis batterum”, which would definitely be a surprise for the Pixel lineup.