Edo 2020: Bola Tinubu under fire for not speaking against Buhari

What A Heroic Welcome As Nyesom Wike Arrives Port Harcourt

COVID-19: Survival fund to be available from next week – Presidency 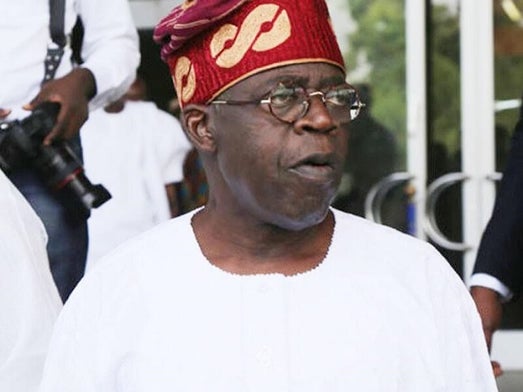 Edo 2020: Bola Tinubu under fire for not speaking against Buhari

Iexclusivenews reports that Adewale Giwa, Senior pastor of Awaiting The Second Coming Of Christ Ministry, has attacked the National Leader of the All Progressives Congress, APC, Bola Ahmed Tinubu for failing to speak against what he described as injustices and anti-people policies of the current administration.

Iexclusivenews reports that Giwa, in a statement on Tuesday, noted that Tinubu was all about winning elections rather than speak against killings and injustice in Nigeria.

The cleric was reacting to Tuesday’s broadcast by Tinubu where he urged the electorate in Edo State to reject Governor Godwin Obaseki of the Peoples Democratic Party, PDP, and vote for the candidate of his political party, APC, Pastor Osagie Ize-Iyamu in the Saturday’s election.

Giwa said, “Permit me to describe such action as selfish and disappointing. Alhaji Bola Tinubu failed to address Nigerians when President Muhammadu Buhari increased the prices of petroleum and electricity.

“Why is he giving Nigerians the silent treatment while Fulani herdsmen, Boko Haram and other terrorist groups continue to kill Christians and innocent citizens of the country?

“You promised Yoruba region and Nigerians in general when you sold president Muhammadu Buhari to us in 2015 that your party was coming to address hunger, unemployment, security among others, but all failed.

Ephesians 5:11 specifically tells us not to take part in the unfruitful works of darkness, but rather expose them.

“For Tinubu to have kept quiet over the years in watching president Buhari mistreating Nigerians, that means, he( Asiwaju Bola Tinubu) would have done worse if given the opportunity to rule the country.

“Should we now agree with Asiwaju that he is more concerned about seeing his party winning elections than economic hardship his political party has brought upon Nigerians?

“Your silence on burning issues in Nigeria sends a strong signal to us that ‘you are pleased with the policies of president Buhari and your political party.’

“Is it all about your interest or the interest of Nigerians that made you to address the people of Edo to vote for your candidate?

“Someone should kindly tell Asiwaju Ahmed Tinubu that Nigerians are eagerly waiting for him to declare his presidential ambition.”