iexclusive News Nigeria reports the feud between cross dresser, Bobrisky and actress, Nkechi Blessing appears not to be ending soon. 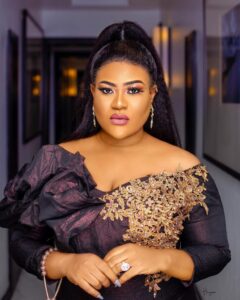 The duo,Thursday engaged in a heated exchange of words on Instagram, calling each other unprintable names and revealing dirty secrets about themselves.

The fight started when Nkechi Blessing wrote a post on her page apologising to the female fan, who drew her as tattoo that she earlier condemned.

A fan of Bobrisky commented under the post, insinuating that Nkechi Blessing wrote the apology out of fear of Bobrisky who had earlier advised “fans” to mind the celebrities they follow.

Annoyed by the comment, Nkechi Blessing fired back at the commenter asking her if she and Bobrisky were mad.

Nkechi replied saying: “Abi you and Bobrisky dey mad? You want make I swear for you?”

Bobrisky, while calling out Nkechi noted that he enjoys his peace and as such the actress should never have any reason to talk about him.

He however took to his page to reply Nkechi sharing a screenshot of her deleted post. 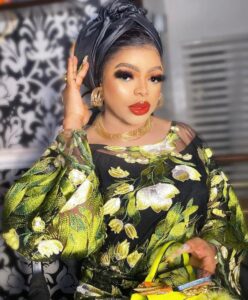 “Nkechi or whatever your names is called !!!! I like my space and peace a lot, that is y I don’t follow people here, but when you crossed your lane

You are definitely waking a dangerous python up.

Never in your life mention my name on ur stupid page again.

“I repeat if u no wan make Sango and Ogun strike your whole generation. If you have any issue with me be brave and face me let roll d dice. Na me say make you they do audio giveaway for your page?,” he wrote.

In another post he said: “My leaked ass hole has given me wat your generation can’t afford !!!!!

I don’t blame you thou ! Let me quickly remind you how your mother use you to serve men when she was still selling beer at a beer parlour.

Nkechi accused Bobrisky of fighting with her because of a man and hinted on the strained relationship between him and his best friend, Tonto Dikeh.

Meanwhile, Bobrisky also called on the actress to personally reach out to him if she has scores to settle.

He also accused her of not being rich enough to appreciate fans who get a tattoo of her name on their bodies.