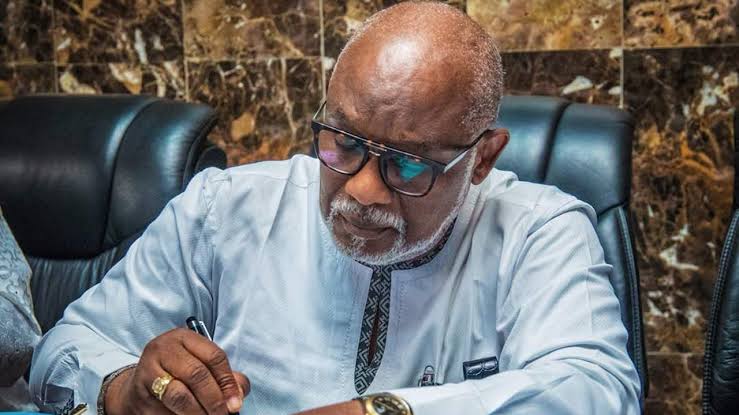 Ondo State Governor Oluwarotimi Akeredolu has signed the Anti-Grazing Bill enacted by the State House of Assembly into law.

iexclusive News Nigeria has earlier reported that the governor had previously stated that the bill would be signed into law on Tuesday (Today).

The Governor’s signature comes only days after President Muhammadu Buhari ordered a review of 368 grazing locations in 25 states throughout the country.

This online news outlet understand that the governor’s action is in keeping with a resolution passed by the Southern Governors Forum at its most recent meeting on July 5, 2021 in Lagos.

when regional leaders unanimously agreed on September 1, 2021, as the date for signing the measure.

iexclusive News Nigeria reports that Governor Akeredolu signed the measure into law in his office on Tuesday, according to the Commissioner for Information and Orientation in Ondo State, Donald Ojogo.

“The decision is in keeping with the Southern Governors’ Forum’s resolution from its most recent meeting in Lagos, which set September 1st as the deadline for governors in Southern Nigeria to sign the Anti-Open Grazing Bill into law.

“This is a commendable and laudable move aimed at reducing the number of unnecessary clashes, confrontations, and infringement on Ondo State’s enviably tranquil disposition.

“It is critical to state and reinforce that the Law would instead foster a more friendly, mutually beneficial relationship among people of the State, regardless of ethnicity, religion, or faith. To be clear, no one group of people is the aim.

“While it is the Government’s goal that all people of Ondo State will take full advantage of this Law to improve our socioeconomic well-being, compliance with it will be given top priority.

“In this regard, details of the new Law will be made available to the public for proper information, a deeper knowledge of the contents, and other relevant areas,” according to the statement.

The measure was passed by the State House of Assembly on July 2, 2021, as part of efforts to address insecurity, livestock husbandry, and grazing in the state.

Judiciary Tasked On Implementation Of PIA