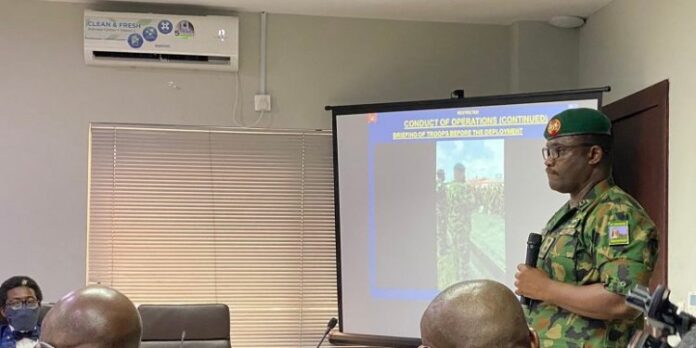 Army has Revealed Tribe Most Affected During #EndSARS Protests which rocked Nigeria a few weeks back.

iexclusive News Nigeria reports that Army on Saturday revealed that most of the businesses looted and destroyed in Lekki, Ajah, Sangotedo and nearby places during #EndSARS violence were owned by the Igbos.

Brigadier-General Ahmed Ibrahim Taiwo made this known in his testimony at the Lagos State Judicial Panel of Enquiry and Restitution for Victims of SARS related abuses and other matters.

This online news source understands that the Army is testifying following its invitation by the panel in the wake of the October 20 shootings at the Lekki Toll Gate.

The Army has denied accusations that it shot and killed unarmed protesters.

iexclusive News Nigeria recalls that some had accused the Igbos living in Lagos hijacking the #EndSARS Peaceful protests to unleash mayhem in Lagos which is against the Army’s revelation.