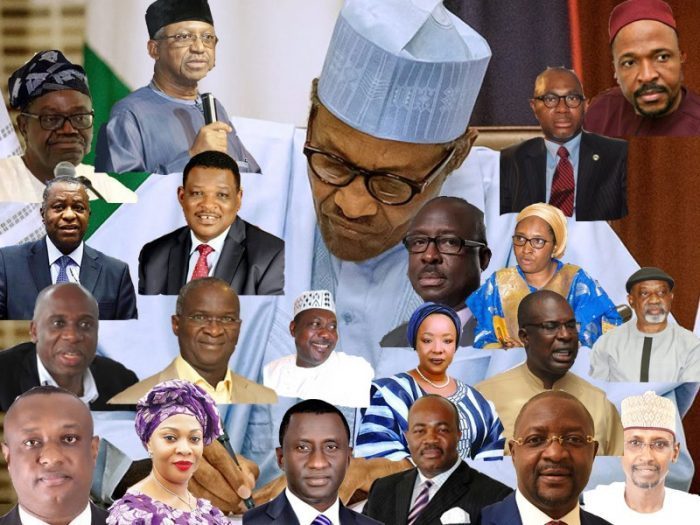 iexclusivenews had reported earlier that Nigeria’s President Muhammadu Buhari on Wednesday, May 11, 2022, issued a directive for all political appointees under his administration to resign from office.

This online news outlet understands that several Buhari ministers and aides to the president. Including Attorney-General Abubakar Malami and Rotimi Amaechi, are currently seeking political offices in the upcoming general elections.

iexclusivenews Nigeria reports that President Buhari issued the Presidential order despite a Court of Appeal ruling that allowed appointees to remain in office until 30 days before the general elections, which are scheduled to be held in February 2023.

While the FEC meeting lasted, Buhari had singled out Nwajiuba for braving the odds to quit to avoid conflict of interest, and said:

A few hours after Buhari’s presidential order. One of his ministers, Emeka Nwajiuba, the Minister of State for Education, has tendered his resignation.

The resignation of the Buhari Minister, iexclusivenews gathered, made Buhari excited, as he also singled the minister out for braving the odds to quit.

Other ministers expected to follow suit include: Ministers of Transportation, Rotimi Amaechi; Niger Delta, Godswill Akpabio; Labour and Employment, Chris Ngige; Science, Technology and Innovation, Ogbonnaya, who have all joined the presidential race on the platform of the All Progressive Congress (APC).

Attorney General and Minister of Justice, Abubakar Malami, who is seeking to contest governorship position in Kebbi State.

Minister of State, Mines and Steel, Uche Ogar, who is running for governorship position in Abia State.

The Minister of Women Affairs, Paulline Tallen, who declared her ambition to contest for Senatorial seat in Plateau State, northern Nigeria, are among the ministers seeking elective positions.

iexclusivenews Nigeria reports that the directive may not be unconnected with the Appeal Court ruling which set aside an earlier judgement against Section 84(12) of the Electoral Act 2022.

KUA Africa 2022: Make Your Dreams To Study And Live Abroad A Reality With Ease