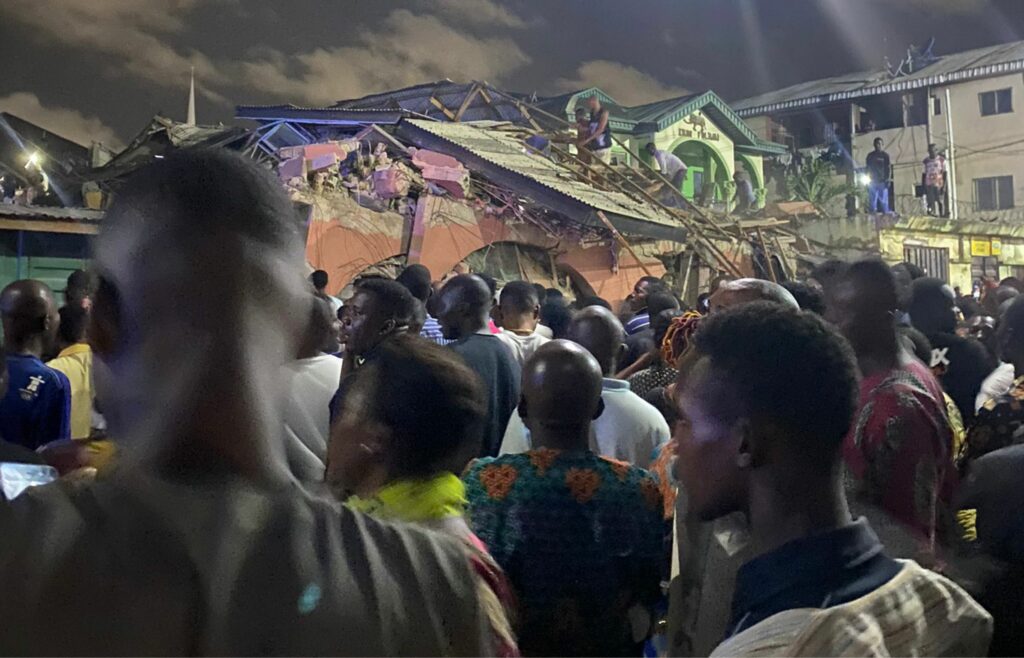 Many trapped as three-storey building collapsed in the Ebutte Meta area of Lagos State.

iexclusivenews reports that the building located on Ibadan Street reportedly caved in around 9pm on Sunday.

Occupants of the building were still trapped as of the time of filing this report.

Men of the Lagos State Fire and Rescue Service and Lagos State Emergency Management Agency are already at the scene.

In a video of the incident shared on social media, a large crowd was seen in front of the building.

The state fire service in an update said, “An alert of a collapsed of a three storey building by 32 Ibadan Street, Ebute Meta was received at 21:48 hours, Sunday with Lagos State Fire and Rescue Service already at the scene.

“Search and rescue ongoing with updates to follow, please.”

Related Topics:BreakingBreaking News
Up Next