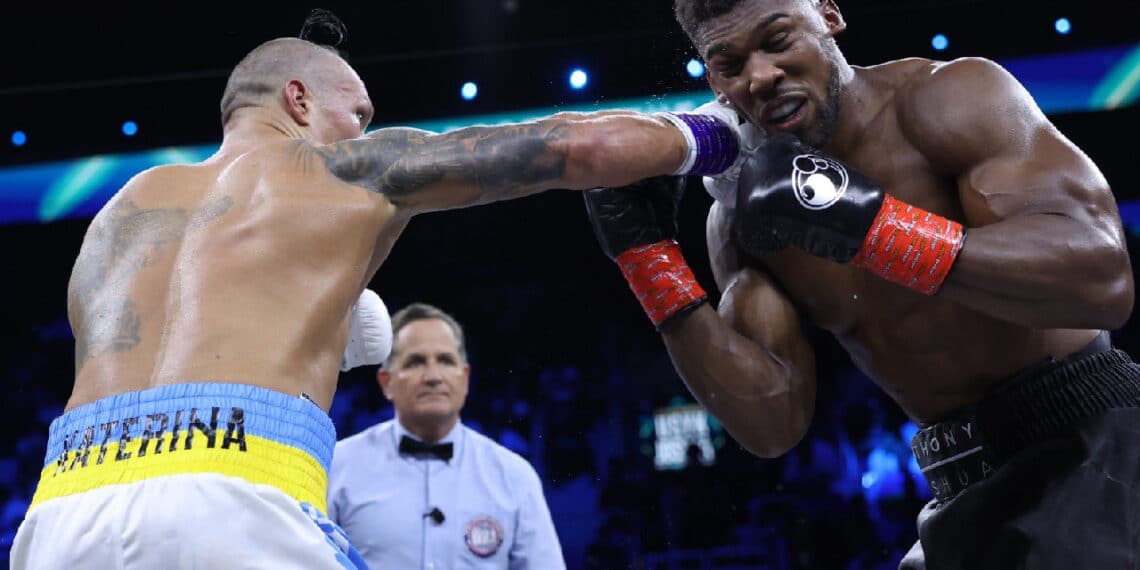 iexclusivenews Nigeria reports that Joshua threw two of the title belts over the side of the ropes before storming out of the ring after the judges’ decision was declared.

However, he returned to the ring and grabbed the mic, telling the King Abdullah Sports City:

“If you knew my story, you would understand the passion.

I ain’t no amateur boxer from five years old that was an elite prospect from youth.

I was going to jail, I got bail, and I started training me a*** off, I wanted to be able to fight.

Usyk hit AJ so hard, my man thought it was WWE for a minute pic.twitter.com/CPzUTxvi5p

“This guy beat me tonight, maybe I could have done better, but it shows the level of hard work I put in, so please give him a round of applause as our heavyweight champion of the world.”

Watch the Usyk vs Joshua 2 video below…

Oleksandr Usyk fights back the tears as he takes a split-decision win over Anthony Joshua. 🇺🇦 pic.twitter.com/qlbFYGq8oE