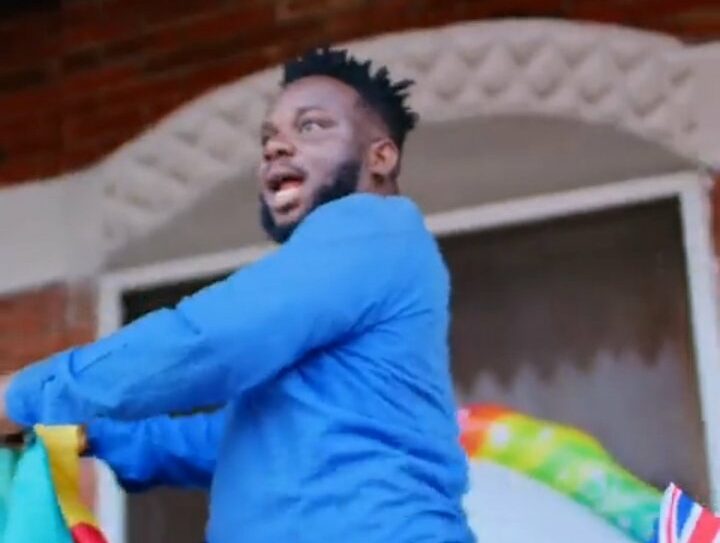 Buga – Oluwatobiloba Daniel, aka Kizz Daniel, a famous Nigerian singer, has released the video for his 2022 hit song ‘Buga’.

iexclusivenews reports Tekno, who sang a verse in the song, was also featured in the video released on Wednesday

‘Buga’ has broken several records across the globe, since its release. There have been several dance challenges on Tiktok to promote the less than four-minute song. Which has increased its popularity.

The song’s colorful video was shot in a carnival-like setting, with several countries’ flags shown.

Chukwuemeka Ejekwu, also known as Oga Sabinus, is also featured in the music video. At the Africa Magic Viewers Choice Awards, the creator of the skit won best internet content.

On Wednesday, the 28-year-old Afropop artist released the video for ‘Buga,’ which has over 17 million views on YouTube.

It has topped the charts of many online music streaming sites since its release.

The song had achieved the status of the most Shazamed song in the world and also held the number one position in over ten countries on the Apple Music Charts.

Shazam is an online application that can identify music, movies, advertising. And television shows, based on a short sample played and using the microphone on the device.

However, iexclusivenews reports that according to mid-year data compiled by TurnTable Charts, a music magazine, “Buga” is already the third most-streamed song of 2022 and the No. 38 most-heard song on the radio. The theme is also named the No. 10 overall song of 2022 so far.

As a result, “Buga” is now the most played song of the year, not just in Nigeria but in other parts of Africa and Europe.

The song has spent 6 weeks at the top of the chart, breaking a tie with the considerably older songs “Kwaku The Traveller” by Black Sherif and “Baddest Boy (Remix)” by Skiibii & Davido.

Kizz Since every song he releases is a blockbuster, Daniel is regarded as one of the few Nigerian musicians without a negative song.

Meanwhile, iexclusivenews Nigeria reports that the singer, who was born in Ogun State. Started his music career in 2013 when he signed a record deal with G-Worldwide Entertainment. After a highly publicized legal battle and contract dispute, he left the label.