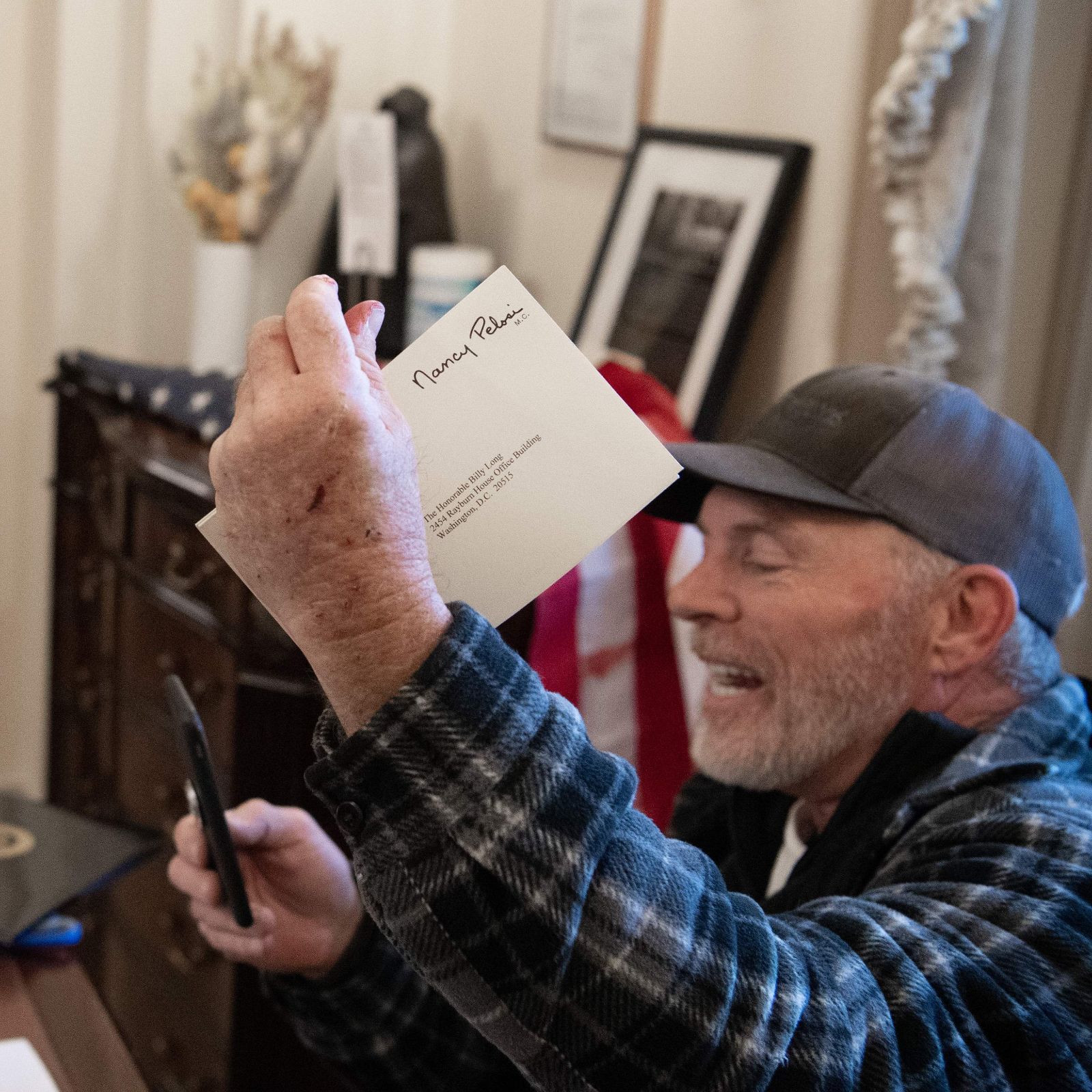 Barnett posed for pictures and stole mail from her desk.

He was arrested on Friday in Little Rock, Arkansas, and has been charged with three federal counts.

The charges are entering a restricted building, violent entry and disorderly conduct on Capitol grounds, and stealing public property.

Evans allegedly recorded himself in a video entering the Capitol.

Two others, Christopher Michael Alberts and Mark Leffingwell, have also been charged.

“MPD Officers also seized a gas-mask from the defendant’s person as well as the defendant’s backpack containing a pocketknife, one packaged military meal-ready to eat (MRE), and one first-aid medical kit,” it read.