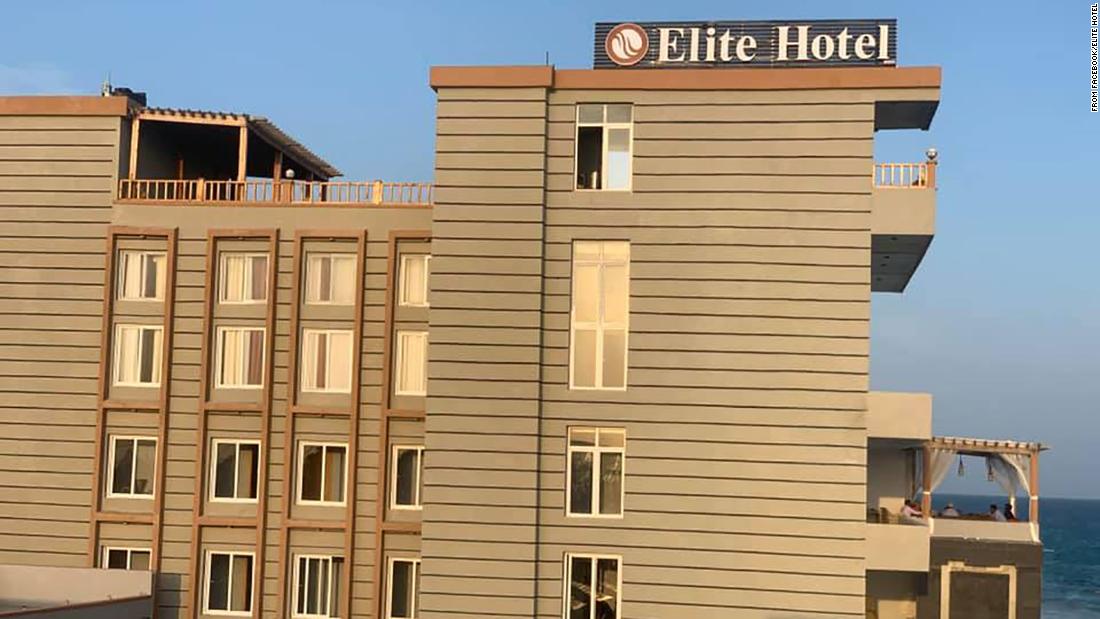 The Elite Hotel is regularly frequented by locals and foreigners.

Mogadishu, Somalia(CNN)A car bomb went off at the gate of the beachfront Elite Hotel in the Somali capital Mogadishu on Sunday afternoon, Col Ahmed Hashi, a Somali police officer told CNN, in an ongoing attack that has killed at least one person.

Al Qaeda affiliate Al-Shabaab launched the attack, a spokesman for the Somali government, Ismael Mukhtar Omar, said, adding that “there is gunfire ongoing inside.”

Two of the attackers have been shot dead by Somali security forces, according to Mukhtar.

Forces continue to fight the other gunmen in the hotel and are trying to gain access to the upper floors, Mukhtar said.

Somalia’s Ministry of Information confirmed the death of Abdirisak Abdi, a ministry official. He is among an unspecified number of casualties.

The Elite Hotel is regularly frequented by locals and foreigners since it is based in a heavily protected area in the city. But it is unclear if there are any foreign nationals currently staying at the hotel.

The group targeted the SYL hotel last year, resulting in a seven-hour battle. The group frequently targets Mogadishu in bombing and gun raids.

I don’t know who smuggled us to Awka, remove us from Zone 13 – Umahi to IGP

Telephone service begins between Israel and UAE after historic deal