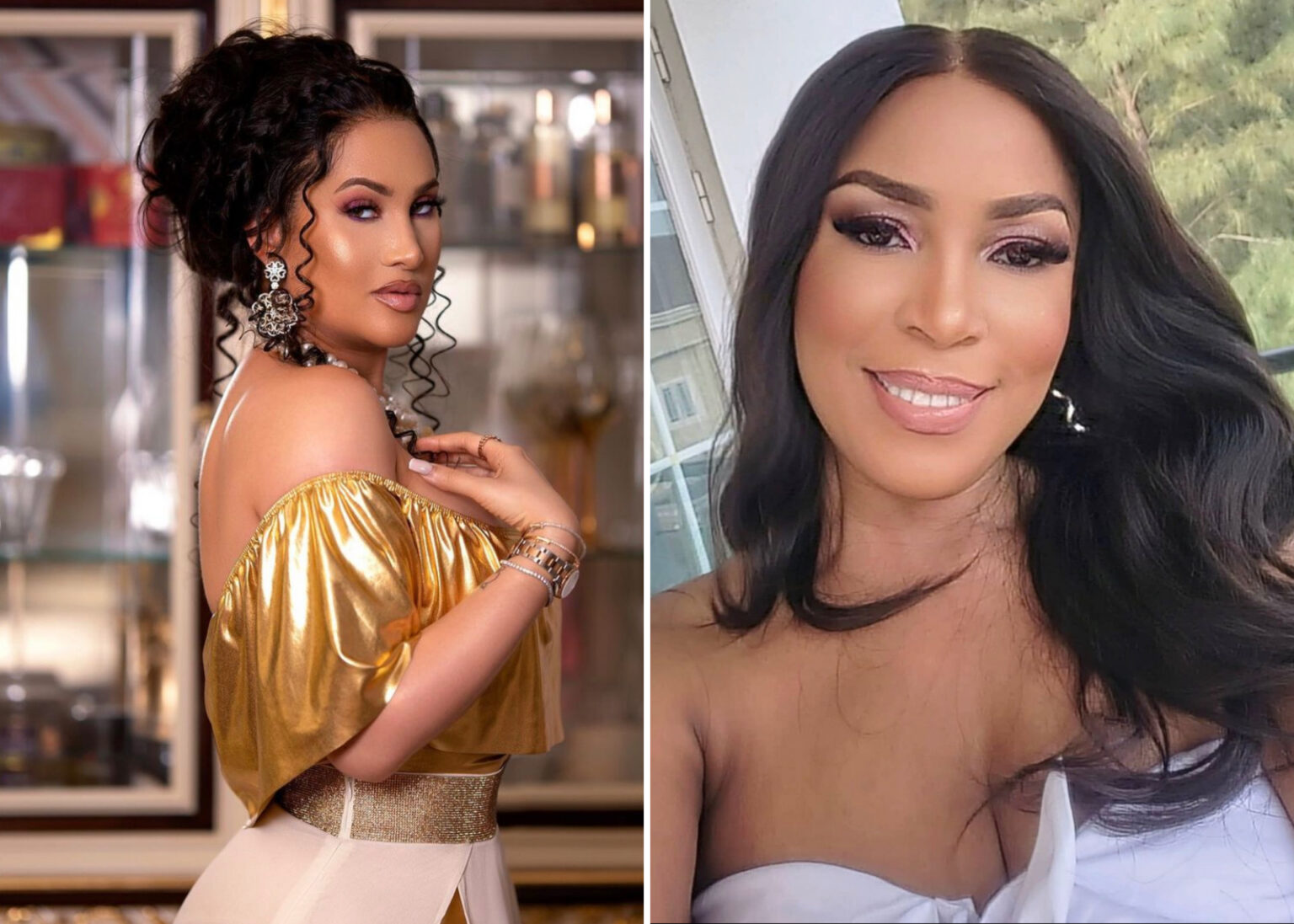 Carolyna Hutchings, Former actress, has accused popular blogger, Linda Ikeji, of being part of the reasons her marriage crashed.

Hutchings, who was married to Musa Danjuma, younger brother to General Theophilus Danjuma, a former Minister of Defence, made the allegation while on reality tv show ‘Real Housewives Of Lagos’.

In clip of the show that surfaced online today, Carolyna Hutchings during a heated argument slammed Laura Ikeji, younger sister of the famous blogger, for defending her family.

“Linda is part of the reasons why my marriage broke. Linda lied about my age. I reached out to her. She wrote that my daughter was for another man. I did not care and you sit down to here to defend your family?”

I have family too, I have children that look up to me. I have people that care for me, you don’t sit down here and tell me you wanna slap me.

“When your sister wrote about my daughter, my daughter has two holes in the heart. Do you know how I coped with that? Do you think I’m happy to be divorced.”

Watch the video below:

In the 3rd episode of #RHOLagos, Carolyna blows hot as she defends herself against Laura Ikeji who had revealed that the reason she doesn't vibe with Carolyna was because she insulted her sister, Linda. pic.twitter.com/mXWFKd6EJh

Johnny Depp and Amber Heard face off in court